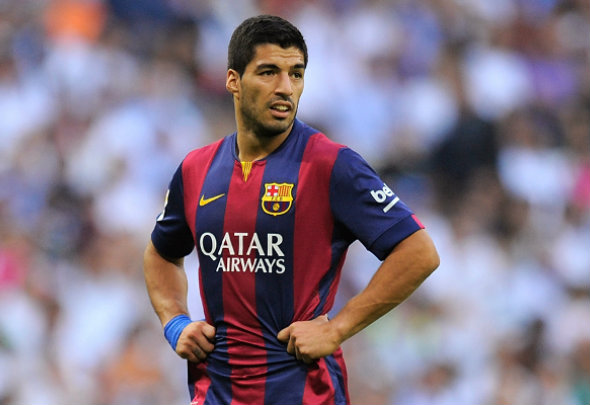 Luis Suarez has revealed that he continues to watch as many Liverpool matches as he can after returning to the club on Tuesday.

The Barcelona star dropped in at the club’s training base in Melwood to catch up with his former team-mates and watch them prepare for Thursday’s Europa League showdown against Manchester United.

Suarez was accompanied by his two young children and took the opportunity to watch Liverpool’s training session from the canteen balcony.

The Barcelona forward, who will be remembered as one of the greatest players in Liverpool’s history for his spell at the club between January 2011 and July 2014, took advantage of some time off from his schedule to visit the club’s training complex and see some familiar faces from the past.

“It was fantastic to see the lads,” Suarez told the Liverpool website on Tuesday afternoon. “The people that work here are really nice and I miss them, so I wanted to come and see some friends. I have really good friends here.

“I always try to watch the [Liverpool] games and look out for the results. I am very interested in how Liverpool are doing because they are so important in my life.”

In other Liverpool news, Christian Benteke has revealed why he rejected a potential January move to China to fight for his place in Jurgen Klopp’s team.