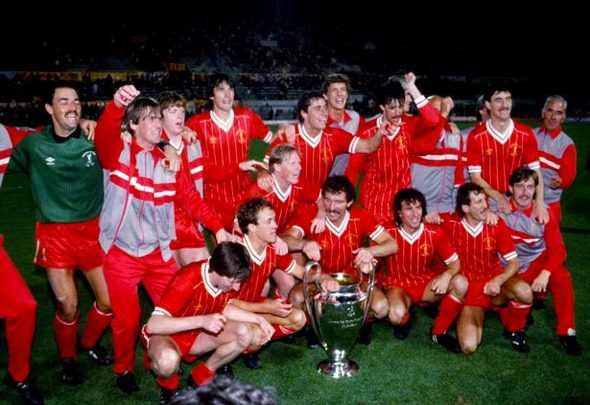 In the first of a new series chronicling the greatest-ever players at Europe’s biggest clubs, Football Insider lists the top five in the Liverpool hall of fame. Taking into account factors such as individual brilliance, impact on the team, overall achievement and staying power, we rank the outstanding performers, in reverse order.

5. Luis Suarez: 2011-2014 (133 appearances): A surprise inclusion, perhaps. He does not possess the longevity of the others here, and those who do not make the list. But for individual brilliance, no Liverpool player, has matched the little Uruguyan, who ate defenders for breakfast, metaphorically and literally. Demonic in personality, he has the touch of an angel, the imagination of a sorcerer and the skill of a wizard. Even his off-days were good and when he was on fire, he was virtually unstoppable. It is difficult to imagine that his performances in 2013-14, when he was crowned double-winning Player of the Year after beginning the season with a ten-match ban for biting, have been surpassed over the course of a campaign in the club’s history. Wept with tears when his dream of shooting Liverpool to an unlikely title ended. Were it not for him, they would never have been in the running in the first place. Manoeuvred a move to Barcelona after yet another biting offence at the 2014 World Cup but it is testament to the huge hole he left in the Liverpool attack that £100million-plus of signings would fail miserably in replacing the irreplaceable.

4. John Barnes 1987-1997 (407 appearances): Forget the player who underachieved for England. The one who wore a red shirt was a different beast altogether. Technically brilliant, strong as an ox, outstanding finisher, two-footed, skillful and could cross with geometric precision either on the run or stood still. He could even dance and rap. Hard as it may be to believe for those who only remember the mid-’90s Barnes, when injuries and age had combined to rebrand him as a deep-lying playmaker, he had electric pace at his peak, when his rampaging runs down the left flank were one of the finest sights in football. Plenty of right-backs would suddenly suffer groin strains when they were due to face Barnes at the weekend.

3. Graeme Souness 1978-1984 (359 appearances):  The hard man’s hard man. Except the Scot would punch with a velvet glove. And often when the officials’ eyes were elsewhere, as Dinamo Bucharest captain Lica Movila found to his cost in the 1984 European Cup final, which ended for him with defeat and a broken jaw. A fearsome mix of spike and silk, Souness was a player of great contrasts. He could out-battle anyone on the pitch, and had the technique and ability to out-play them, too. Perhaps the only footballer who could look fierce with a perm and moustache, he was the standard-bearer of the 1980s midfield anchorman role. Imagine Claude Makelele but with passing and shooting ability, and a nasty streak. Of all the outstanding players to have worn Liverpool red, he was the one you most wanted on your side.

2. Steven Gerrard 1998-2015 (709 appearances): At virtually every other club, this one-club messiah would be a shoo-in for number one. But, then, Gerrard is vying with footballing royalty vying for top spot. Even aged 34 in his final season when he lost his regular starting spot for the first time in his career, the Huyton-born Kopite was still the go-to man when Liverpool were under the cosh and desperately needed a goal. The fans expected because he delivered so often. In Instanbul, Cardiff, Dortmund and on countless big stages. But Gerrard was so much more than a great goalscorer and scorer of great and important goals. He was the driving force of every Liverpool team he played in, some of them decidedly average. A complete all-rounder, he could pass, tackle, shoot and had a combination of pace and technique lacking in his international colleagues Paul Scholes and Frank Lampard. But it was not all these qualities which made him such a colossal influence. “Most importantly he gives the players around him confidence and belief,” said Zinedine Zidane in 2009.” You can’t learn that – players like him are just born with that presence.”

1. Kenny Dalglish 1978-1990 (515 appearances): It is said of the greatest footballers that they have visualised the next move in their heads before they have even received the ball. No-one encapsulated this spatial awareness and 360-degree sense of what was around him better than the No7 who did not join Liverpool until he was 26 but went on to surpass all others in his achievements for the club. Dalglish had the lot, apart from searing pace, but, for the stocky Scot, the first yard was always in his head. That was to prove more than enough. Given his playing and managerial record, and conduct in the aftermath of the Hillsborough disaster, Dalglish is perhaps the towering figure in Liverpool’s history.