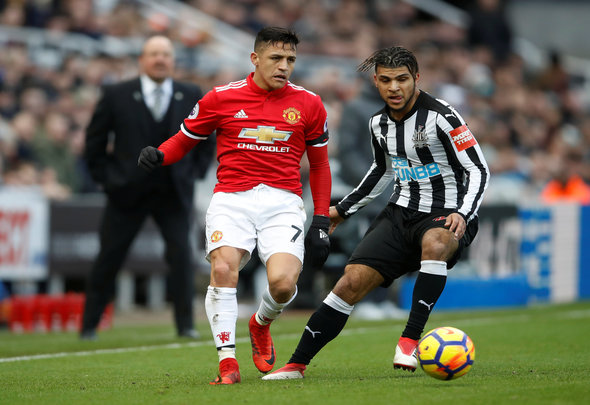 Former Blackburn Rovers and Celtic striker Chris Sutton has said that he would take Tottenham winger Heung-min Son over Manchester United’s Alexis Sanchez “every day of the week”.

The South Korean forward has been in mighty impressive form this season across all competitions, and scored his second Premier League brace in a row on Sunday with a double against Bournemouth in Spurs’ 4-1 win.

With a total of 18 goals and nine assists under his belt in his 43 appearances, Sutton has been left astounded by the 25-year-old, and in comparing him to the Chilean winger at Old Trafford, insists it is the Spurs star who gets his vote.

“To have that option up top and for him to perform at the level he has done all season, he’s been sensational.

“Everybody’s been banging on about Sanchez going to Manchester United but I’d have Son every day of the week instead of Sanchez.”

"I'd take Son every day of the week instead of Sanchez"@chris_sutton73 is very impressed with the #Spurs forward.

Son or Sanchez? Get in touch ⬇️

Sanchez has just one goal and two assists in his nine appearances since moving to the Red Devils, with nine goals and six assists if you add in his appearances for Arsenal this season.

Sutton has not minced his words here and it is a serious compliment to be compared to Sanchez, who despite his poor form this season, has proven himself as one of the most exciting and dangerous talents in the Premier League. Son is often described as underrated but fans and pundits alike are starting to see just how much the South Korean international has to offer and just how important he is to Spurs’ hopes of success. With Harry Kane injured, Son could well take on the mantle of centre forward at times now, and there should be no doubts over his ability in such a role.

In other Tottenham news, fans were left delighted with Son’s team mate in the win over Bournemouth.