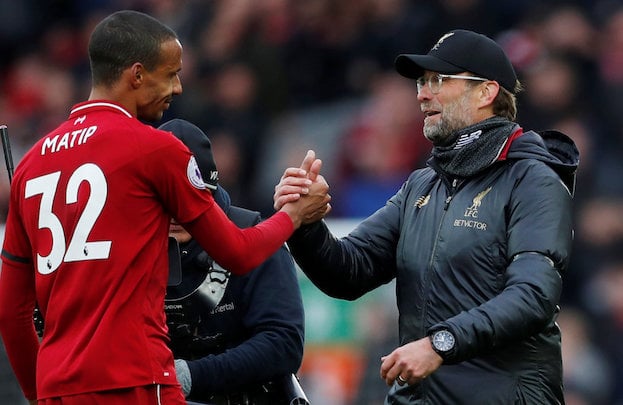 Liverpool are set to schedule new contract talks with Joel Matip to avoid him being a target for Europe’s elite clubs this summer, Football Insider can reveal.

The defender, 27, has played some of the best football of his career in the second half of the season and has been instrumental in a magnificent campaign that will end with Saturday’s Champions League final against Tottenham.

A Liverpool source told Football Insider that the club are “concerned” about strong interest in Matip and the prospect of losing him, are keen to tie him down to a long-term deal to replace his current agreement.

The centre-back signed a four-year contract when he joined from Schalke on a free transfer in 2016, although there have been suggestions Liverpool have an option to extend it by 12 months.

Nevertheless, the Merseysiders want to reward one of their key men with an extension that will bring him in line with his senior teammates who have committed their futures to the club.

The Cameroonian has made 30 appearances this season, including 25 starts, and has been Virgil Van Dijk’s regular partner at the back since Joe Gomez suffered an ankle injury in early December that required surgery.

Matip is expected to get the nod ahead of Gomez and Dejan Lovren to start Saturday’s showdown against Spurs in Madrid after outstanding displays in each of the semi-final legs against Barcelona.

In other Liverpool news, RB Leipzig move in on signing red-hot Anfield ace who has just rejected a new five-year contract.