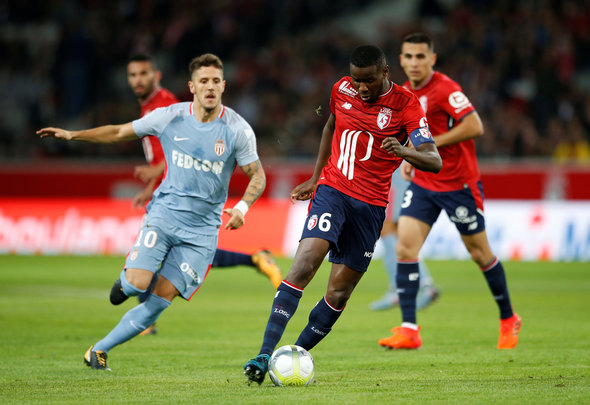 Newcastle United have been made aware of the potential of Lille enforcer Ibrahim Amadou, according to a report.
The Daily Mail claimed on their live transfer blog on Wednesday [01:05PM] that London club Crystal Palace have opened talks with the Ligue 1 side about Amadou, 24, while Arsenal, Southampton and Stoke also keep tabs on the situation.
It is understood that Newcastle and Watford are aware of the midfield warrior, who can play as a defensive midfielder or a centre-back.
Lille are said to value the former France youth international at £16million, however they could be open to letting him leave the club on a loan deal with the view to a permanent one in the summer.
Amadou is the captain of Lille and has been ever-present for them this season, making 17 appearances in Ligue 1.
Football Insider verdict
Amadou looks like a very promising player but at £16million, he is way too expensive for Newcastle while Mike Ashley is still the owner. The Toon Army better hope that Ashley sells up sooner rather than later because a lack of investment could seriously leave the Tyneside club in danger of going down. No one in the bottom half of the Premier League table is immune to relegation and although Newcastle won on New Year’s Day, that should not be seen as a chance to relax in the transfer market. Amadou is good but is beyond reach.
In other Newcastle United news, fans tore into this “Championship player” for his performance in the win against Stoke.
We’ve launched a << BREAKING NEWS FEED>> exclusively for your club. ‘Like Us’ on Facebook by clicking here if you want 24/7 updates on all Newcastle United breaking news.