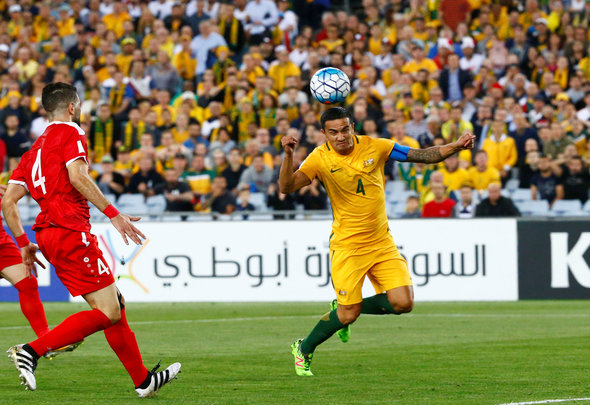 Nottingham Forest have held talks with free agent Tim Cahill, according to a reliable journalist.
Freelance reporter Paul Brown, who also works with the Express, claimed on his personal Twitter account on Saturday that Forest held a meeting with Cahill, 38, on Friday.

Cahill has been without a club since he was released by Melbourne City at the end of last year and Sky Sports has reported that he has jetted into the UK to be offered a contract by Millwall.
It seems that the Australia international is keeping his options open though by holding talks about a potential switch to the City Ground.
The former Everton attacker, who has been playing as a forward most recently with Melbourne has been prolific Down Under at both club and international level.
He scored 11 goals in 27 games for Melbourne and in his 103 Australia appearances, he has scored 50 times.
Cahill earned a great reputation for scoring headers in his time at Everton, where he scored 66 goals in 271 total games.
Football Insider verdict
Cahill seems eager to get back into football with a spot in Australia’s World Cup squad for the summer at stake. Although he has been a mainstay of the Aussies’ set-up over the years, he may not be immune to the axe ahead of what is most likely going to be his final chance to play on the biggest stage in world football. Cahill is very eager, very experienced and would be a really good addition for a team like Forest. Aitor Karanka should try his best to beat Millwall to his signing, but with Cahill’s ties to the London club, it may be hard to try and convince him that a return to his old club would be a bad idea.
In other Nottingham Forest news, the Reds have been tipped by the bookies to sign this 14-goal centre-forward after he jetted into the UK for talks.
We’ve launched a << BREAKING NEWS FEED>> exclusively for your club. ‘Like Us’ on Facebook by clicking here if you want 24/7 updates on all Leeds United breaking news.