Celtic fans on Twitter have been reacting furiously after the Scottish FA decided to give Ross County’s Andrew Davies a two match ban for his stamp on Scott Brown.

The SFA’s decision was reported by the Daily Record, and fans were angry as they felt that the County skipper should have been given a severe punishment for his reckless challenge on the Hoops skipper.

One supporter went as far as to claim that the two game ban given to Davies was evidence of “the thugs kicking the skill out of football”.

Here are some of the best reactions from Twitter to the SFA’s decision to let Davies off lightly:

Disgrace that Andrew Davies only gets 2 match ban, terrible precedent being set

The SFA decide NOT fo extend the Andrew Davies tackle on Scott Brown which means he will only serve a two game ban. Corrupt association we have and Davies is a natural born thug.

I'm reading Davies will only get 2 game ban for Brown horror stamp.
20 years since Scotland qualified for a tournament, the thugs are still getting away with kicking skill out of football.
Will be another 20 years at this rate, even if we ever get a decent manager.

Basically no punishment for stamping on another player

Brown has been involved in some high-profile incidents in recent weeks, all of which have seen been the victim of poor to very bad challenges.

The very worst has been the challenge by Davies, the stamp looked pre-meditated and it was a shock that Brown didn’t suffer any serious injury and managed to play the rest of the match.

It will be interesting to hear what Brown himself thinks of the decision and what Hoops boss Brendan Rodgers makes of the ban, he will no doubt be upset the leniency of the SFA’s decision.

Brown and the rest of his team-mates are next in action on Wednesday night, when they take on Dundee at Parkhead aiming to move a step closer to clinching a seventh consecutive league title.

In other Celtic news, the Hoops want to clinch two deals 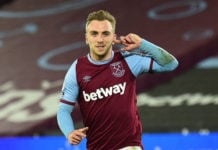 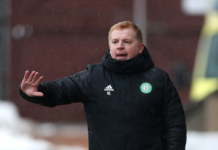