Speaking exclusively to Football Insider assistant editor Russell Edge, the former Spurs and Sheffield United midfielder delivered his verdict after Marcelo Bielsa confirmed his captain is a doubt for the game.

Cooper picked up a groin injury while on international duty and returned to Thorp Arch early to be assessed.

Fellow centre-back Diego Llorente is out of the game and is facing three weeks on the sidelines also with a groin problem.

If Cooper is out, Bielsa will likely start Pascal Struijk and Robin Koch at the heart of the defence who conceded four goals to champions Liverpool on the opening day.

Cooper, 29, has started their last three games in which they are undefeated and have picked up seven points from a possible nine.

“He’s said how well he’s done under Bielsa, what the set up is and the belief he has. He said it’s his club and that he’s pinching himself.

“He had the muscle injury before. It’ll be a big one but the good thing they’ve got is the extra couple of days.

“When you take two of them out you’ll be left with a gap which won’t be ideal so will they take a risk?” 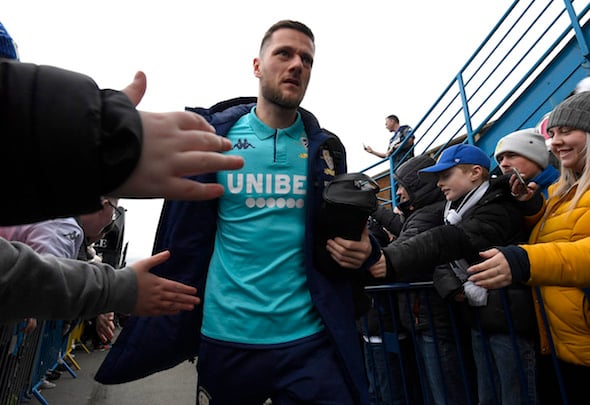 Cooper played 38 times for the Yorkshire giants last season, including 36 starts, as they secured the Championship title.

Since moving to the club from Chesterfield in 2014, the Hull-born defender has played 201 times for the club he supported as a boy.

In other news, a never-before-seen Leeds United player is set to feature against Wolves and Noel Whelan has labelled him a “good option”.