Kevin Phillips has has hailed Jarrod Bowen as the West Ham shining light.

The former Sunderland and Aston Villa striker, speaking exclusively to Football Insider correspondent Dylan Childs, claimed the 23-year-old has won him over after just six matches for the Hammers.

Bowen arrived at the London Stadium on deadline day in January for £19million and has quickly established himself in David Moyes’s attack. 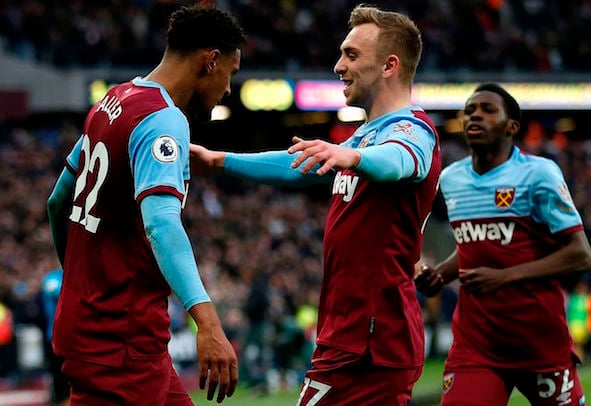 The former Hull City winger rattled the woodwork against Spurs in midweek but despite a bright performance he could not prevent the Hammers losing 2-0 to their London rivals.

Phillips revealed he is very concerned for the Irons in the relegation battle.

“I’ve been very impressed with Bowen,” he told Football Insider.

“He has looked very sharp. Every time he gets on the ball he wants to try something. He has bundles of energy and he will only get better.

“He shone in a team that is near the bottom of the league so credit to him.

“My biggest worry for them is that they never look like they are going to score a goal and that is a very worrying sign when you are near the bottom of the Premier League.”

Bowen has scored one goal in six Premier League appearances since arriving in East London.

The Hammers, who sit above the relegation zone on goal difference, take on the in-form Chelsea on Wednesday night.