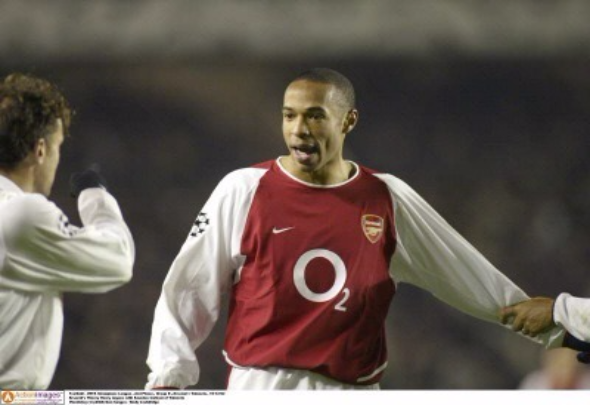 Arsenal great Thierry Henry has shared that he couldn’t believe Tottenham celebrated the result which handed the Gunners the league title at White Hart Lane 13 years a go.

The two north London rivals met in April 2004 during the closing stages of Arsene Wenger’s side’s unbeatable season and Arsenal knew they only needed a point out of the match to lift the Premier League title.

It did however look like they were going to take all three when Patrick Vieira and Robert Pires put Arsenal two goals up before half time.

But, a second half strike from Jamie Redknapp alongside a late penalty from Robbie Keane ensured that Tottenham pulled off a brilliant comeback.

The Spurs team celebrated the result, but Henry has shared that he couldn’t believe they were happy after the final scoreline ensured Arsenal won the title and has told that it only fuelled the Gunnners’ post-match celebrations.

“We had orders from the police not to over celebrate if we win the title there (White Hart Lane),” started Henry speaking to Sky Sports’ Fantasy Football Club show.

“They started to celebrate like they had won the league, so then I said ‘hang on a minute wait,’ they didn’t actually realise that we just needed a point to be champions. I don’t understand.

“So, then I said to Ashley Cole ‘when the referee blows the whistle, now we’re going to celebrate, because we wanted to be humble about it at the beginning of the game, but you’re going to celebrate a draw, really, at your place when we need a point to win the league.”

6pm @SkySports 1. @Arsenal legend @ThierryHenry looks back at his best moments against @SpursOfficial as he goes 'In The Picture'. #Really? pic.twitter.com/jfYdkQKhGc

Arsenal have not lifted the Premier League title since 2004 and Tottenham now look to have overtaken them in the top-flight standings as Spurs are battling for the league trophy themselves with six games to go, while Arsenal sit 14 points behind and in sixth place.

In other Tottenham news, Kieran Trippier has told how this Spurs player doesn’t stop telling stories. 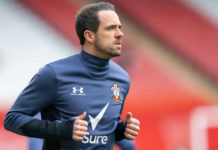