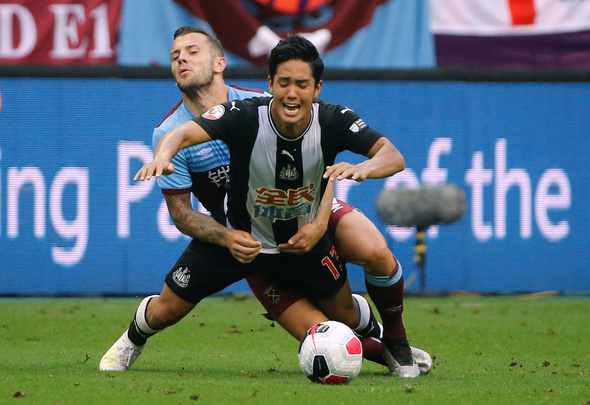 Darren Bent says that Jack Wilshere has got to be named among the starting XI for West Ham despite the impressive performance against Norwich City without him.

The former Tottenham and England striker, speaking exclusively to Football Insider, insists that the former Arsenal man brings an added dimension to the Irons’ midfield, especially when it comes to creating and scoring goals.

Wilshere, 27, was completely left out of the matchday squad against Norwich, despite having netted in the 2-0 League Cup win over Newport County just days before.

Bent says that the Hammers’ victory over Norwich, which saw Mark Noble, Declan Rice and Manuel Lanzini line up at Manuel Pellegrini’s chosen midfielders, will have done Wilshere’s hopes of getting back into the side no good, but that the Chilean is making a blunder by not playing him

Bent told Football Insider: “For me Wilshere has to play. You have to play Jack, he’s got that little bit something extra, he can create, score goals. It’s just his fitness – if he can stay fit and accumulate a lot of games, you’re going to see the very best of him.

“This can’t happen, what’s happening now – where he plays in the cup and then doesn’t play for a couple of weeks. He needs to be playing regularly to get back to that best form that we know he’s got.

“The performance (v Norwich) is not going to help his cause but he’s just got to stay positive and first and foremost, he’s got to stay fit.”

Wilshere endured a torrid first season in east London, playing just eight times as an ankle injury ravaged his campaign and left him on the sidelines.

He has played three times for the Irons so far in the current campaign, although has found himself left out of the matchday squads for their last two Premier League outings.

In other West Ham news, Bent has told Football Insider that “people don’t understand how good” one Hammers ace can be.