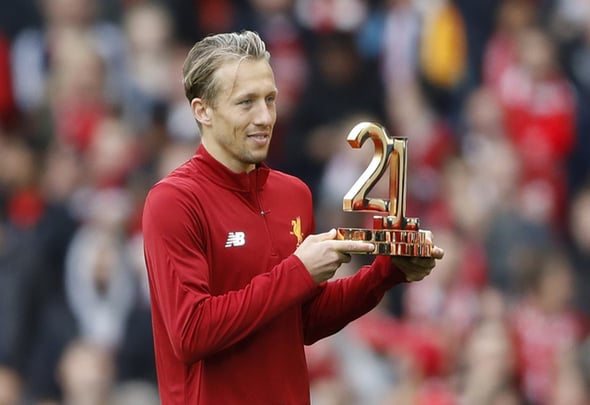 Newcastle manager Rafa Benitez is expected to make considerable changes to his first-team squad ahead of their return to the Premier League next season.

The Daily Mirror had claimed last week that Benitez was planning a £4million move to bring Napoli goalkeeper Pepe Reina to the club this summer.

Reina, 34, was one of Benitez’s most trusted performers during his time as Liverpool manager, and the Spaniard is confident that the experienced stopper can make a big difference in Tyneside.

But aside from Reina, Football Insider names three more of Benitez’s trusted past associates that he could turn to in a bid to bolster his Newcastle ranks this summer.

One of the main concerns as Newcastle prepare for their return to the top flight will be their firepower in attack.

Dwight Gayle proved a fantastic addition last summer, but it remains to be seen if he can replicate that form on the Premier League stage.

Aleksandar Mitrovic, meanwhile, struggled in the top flight when they were relegated two seasons ago, and Daryl Murphy is at his best at Championship level.

But with controversial goalscorer Mario Balotelli out of contract at the end of the month, Newcastle should consider a move.

Balotelli was sold to Manchester City by then-Inter Milan manager Benitez in 2010, but despite his controversial antics, the Italian forward is still a proven goalscorer.

He netted 17 goals from 28 appearances in all competitions for Nice last season, but the 26-year-old has yet to be offered a new deal and could be available on a free.

Benitez also enjoyed a short stint as interim manager of Chelsea during the 2012-13 season, at a time when young defender Nathan Ake was emerging through the ranks.

Newcastle are struggling for quality in the left-back position, despite having as many as three players in the position currently on the books, and Benitez should consider a move for Ake.

Achraf Lazaar, Massadio Haidara and Paul Dummett are the three already at his disposal, but with at least one likely to be sold, the 22-year-old represents a decent option – whilst he can also play at centre-back.

He spent time on loan at Bournemouth last season, where he gave an impressive display across his 12 appearances in all competitions.

But after being recalled to Stamford Bridge for the second-half of the season, it was evident that the youngster may struggle to earn regular first-team opportunities at Chelsea.

If Antonio Conte is open to another loan move next season, Benitez should certainly take it under consideration.

Another player from his Liverpool days, Lucas was just 22-years-old during Benitez’s final season in charge at Anfield.

But Lucas is now 30, and facing an uncertain future at Liverpool under current chief Jurgen Klopp.

The Brazilian has fallen down the pecking order in the race to land a key role in Liverpool’s midfield, and could be offload this summer as Klopp seeks reinforcements.

Newcastle currently lack Premier League experience in the middle of the park, and Lucas could be a fantastic addition.

Their defence will be put to the test by some of Europe’s best strikers throughout the upcoming campaign, and Lucas could provide a welcome defensive shield.

In other Newcastle transfer news, the club have been handed a significant fitness boost ahead of the new season.