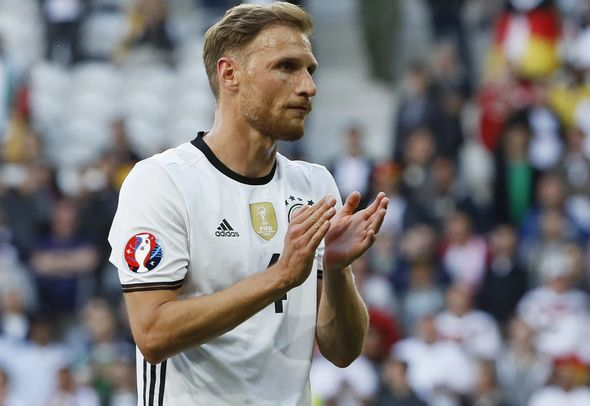 Liverpool have had plenty to cheer about this season. Unfortunately, Saturday’s Premier League clash with Swansea was not one of those days.

The Reds produced an awful defensive display in the second-half to allow the league’s bottom-placed side to run away with a 3-2 victory at Anfield, and neither Jurgen Klopp or the fans were happy at the performance.

It’s not the first time Liverpool’s defence has let them down in recent years, and Klopp took time in the summer to bring in several new players, including Joel Matip and Ragnar Klavan.

However, their display on Saturday suggests there is still much work to be done, and Liverpool should look at signing one of these three defenders to finally put an end to their defensive woes.

Klopp scoured the market for low-cost deals six months ago, landing Klavan for £4.2million and Matip on a free transfer. But he may well need to break the bank to bring in a player that could make a real difference.

Virgil van Dijk has previously been linked with a move to Anfield, but Southampton remain determined to keep hold of their star defender. The recent departure of Jose Fonte to West Ham is not likely to help anyone hoping to land the Holland ace either.

Former Saints man Matt Le Tissier is confident that Southampton can land at least £50million for Van Dijk, and it will probably take at least that for Liverpool to sign him. But he would be worth every penny.

Since arriving from Celtic in 2015, the 25-year-old has taken to the Premier League like a house on fire. He has already established himself as one of the best in the division, and looks to be improving every week.

Strikers have found it tough playing against Southampton this season, because Van Dijk does not let anyone even have a sniff at the Saints’ goal.

He is a strong leader, comfortable on the ball and a defensive bully, which are three qualities that Jurgen Klopp’s side is currently lacking at the moment.

The Spain international has been performing consistently for Real Sociedad for several seasons now, so it does come as a bit of a surprise that no club has yet swooped in for him.

Martinez was a reported target of former Liverpool boss Brendan Rodgers, but Jurgen Klopp could also turn to him to find the answers in their problem area.

The 25-year-old cannot match Liverpool’s current centre-backs for height, but he is still a considerable phyiscal presence. His composure and resilience are two of his strongest assets, while he can also read the game well.

Klopp would also be able to rely on him as a ball-playing defender, having been raised within Spain’s emphasis of playing out from the back.

Martinez would be a much cheaper option that Van Dijk, but Klopp will likely need to offer at least £20 million to snap him up, given his importance to Real Sociedad.

Klopp used his German roots to snap up both Klavan and Matip, and could do the same in pursuit of Schalke’s Benedikt Howedes.

The German international was one of just three players that played every minute of Germany’s 2014 World Cup winning campaign, which is testament to his importance to the side.

Unlike either Van Dijk or Martinez, the 28-year-old presents a more versatile option for Klopp. Traditionally a centre-back, Klopp can also be played as a full-back, which will no doubt benefit Liverpool.

Howedes is also adept at playing out of defence, and at 6ft 2, would be a significant aerial threat. Schalke will not want to lose their club captain, but with the German club lurking down in 11th place in the Bundesliga, Liverpool could tempt him into a switch to Anfield.

He is a highly-underrated player, and performers like him a hard to come by at the moment.

In other Liverpool transfer news, Liverpool have tabled a bid for this 13-year-old defender.