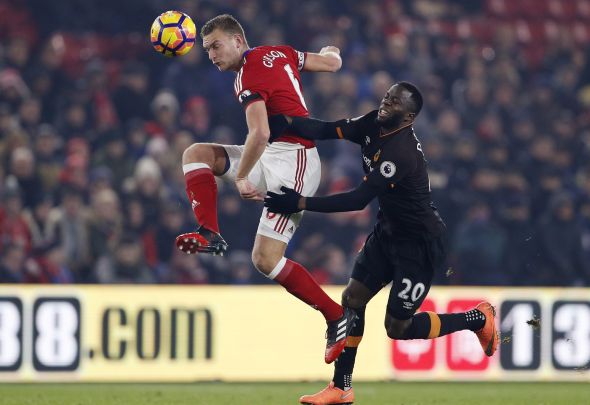 Sunday saw Newcastle secure promotion back to the Premier League as champions thanks to a 3-0 win over Barnsley and Brighton’s 1-1 draw with Aston Villa.

The Magpies have had their future secured for a couple of weeks but now that the season is over, their focus will be on what is bound to become a crucial summer transfer window at St James’ Park.

One area which boss Rafael Benitez will be looking to improve is his defence, which was a key reason the Tyneside club suffered relegation last season.

Benitez brought in the likes of DeAndre Yedlin and Ciaran Clark in to shore up the leaky back line, but moving into the Premier League, the defence are going to be tested at another level.

Here, Football Insider looks at three men the Magpies should look to make a move for, and who are good enough to help them secure a top-eight finish:

The Chelsea man has well and truly fallen down the pecking order at Stamford Bridge.

Now behind Nathan Ake, who was recalled from Bournemouth, at the heart of the defence, the 22-year-old will be concerned about his short term future.

He has every right to be as well, with the Telegraph claiming that manager Antonio Conte is willing to let Zouma depart on loan as the club prepare to sign Southampton’s Virgil van Dijk.

Rafa Benitez has spoken out about the desire to bring in proven Premier League experience ahead of their return to the top flight, and that’s exactly what the Chelsea man would bring.

The two-time-capped French international deserves to be playing first team football, and would be more than just a challenger for captain Jamaal Lascelles and Clark at the back.

A loan deal would be ideal for both clubs.

The versatile Liverpool man has been deemed surplus to requirements by Jurgen Klopp, with the Liverpool Echo claiming that potential suitors will have to pay £4.2m to secure his services.

The 23-year-old has been on loan at Austrian side Red Bull Salzburg this season, helping them to a fourth successive league title.

The Sun claim the club want to make his loan deal a permanent one, but Newcastle should swoop in and hijack the deal, especially considering the Liverpool Echo report he would rather a move back to England.

A natural full-back, Wisdom is able to play anywhere along the back four, providing some much needed competition for the likes of Paul Dummett at left-back.

He has that much needed Premier League experience that Benitez craves, and would prove a decent option to bolster his squad.

The Middlesbrough defender could very well be swapping places with Newcastle this season as his side have become embroiled in a relegation fight.

He has proven himself as a top quality Premier League centre-back and has a number of big name clubs sniffing in his direction as they look to poach a deal for the 24-year-old.

The most ambitious of the three signings, he will command a hefty transfer fee as Boro look to make the most of their top talent’s departure, but being a fellow North East club may work in favour of the Magpies.

Furthermore, the chance to work under a Champions League winning manager like Benitez might be enough to tempt him to swap the Riverside for St James’ Park.

In other Newcastle transfer news, Don Goodman believes the Toon must do this in the summer in order to steer clear of a Premier League relegation dog fight.