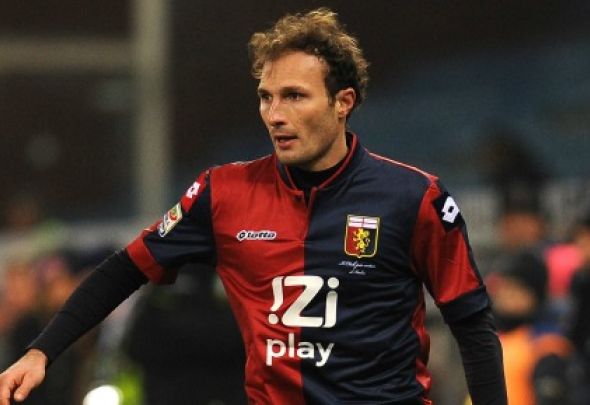 Leeds are facing a centre-back shortage after club captain Sol Bamba decided to leave Leeds on a free transfer.

With the transfer window shut and no emergency loan period available to Garry Monk, his only option if he wants cover is to sign a free agent – and there are a few players that are available that could fit the bill.

Italian defender Giovanni Marchese could be at the top of the shortlist after the former Italy Under-21 international terminated his contract with Serie A side Genoa despite playing a cameo in their 3-1 win against Crotone.

The 31-year-old brings a wealth of top-flight experience after spells with Genoa, Catania and Torino, and owner Massimo Cellino could use his Italian connections to bring the versatile defender to Elland Road.

Former Everton defender Sylvain Distin could also be on manager Garry Monk’s list. Despite being 38, Distin made 12 appearances in the Premier League for Bournemouth last term and is known for his quick pace and fitness.

Monk could also be tempted into signing another Premier League veteran in Wes Brown, after the versatile defender was also released this summer.

The England international has amassed an impressive 308 Premier League appearances and would be more than capable of helping to shore up Monk’s defence.

Monk has just three central defenders at his disposal, with two of those only at Elland Road on a temporary basis. The former Swansea boss signed Sweden international Pontus Jansson from Serie A side Torino, while Kyle Bartley joined from the Swans.

Liam Cooper is the only first-team centre-back at the club that is on a permanent deal and it could lead Monk to raid the market once more.

In other Leeds news, fans have reacted on Twitter after this young star scored his first goal in English football.