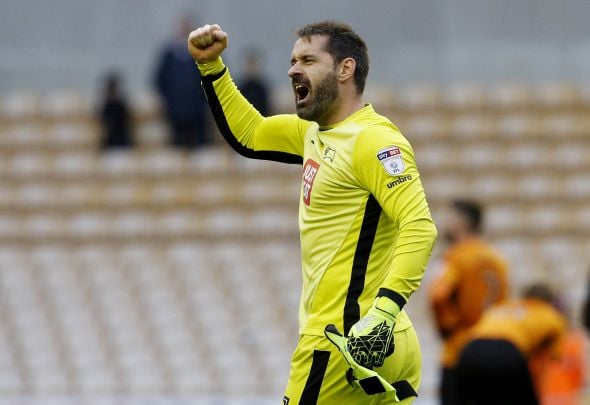 The Midlands giants could lose three of their first-team goalkeepers in the summer and bringing in a new stopper should be on top of manager Steve Bruce’s to-do list.

With a busy summer ahead expected for the relegated Premier League side, here are three reasons why the four-time England international would be a top Villa signing.

All three could be allowed to leave the Midlands in the summer by manager Bruce, as he looks to mould a side capable of challenging for promotion during the 2017-18 season. On loan from Manchester United, Sam Johnstone has failed to make an impact between the sticks and is unlikely to see his temporary move turn permanent during the summer. Veteran Mark Bunn’s current contract ends in June, as he continues to play back-up to Johnstone, while summer signing Pierluigi Gollini remains on loan with Serie A side Atalanta. With all three set to leave, Carson could be brought in to ease Bruce’s goalkeeping woes.

Maturing with age, 31-year-old Carson has begun to push the errors out of his game with Steve McClaren’s Rams in the Championship. Making 174 Championship appearances throughout his career, the former Liverpool goalkeeper has plenty of experience at this level and would provide some much-needed know-how to Villa’s squad. Keeping a decent tally of more than one clean sheet in every three games with 61 to his name in the second tier, Carson has experience of promotion from the Championship with West Brom in 2009/10 and that knowledge could prove crucial next season.

With Villa expected to line-up with a four-man defence in James Bree, James Chester, Nathan Baker and Neil Taylor, Bruce must add experience to his defensive third. With an average age of 25, bringing an experienced head to the defence could prove crucial in helping the Midlands outfit remain solid at the back next season in their attempt to gain promotion back to the Premier League at the second attempt.

In other Aston Villa transfer news, the Midlands outfit have taken a giant leap towards signing this former Premier League colossus.