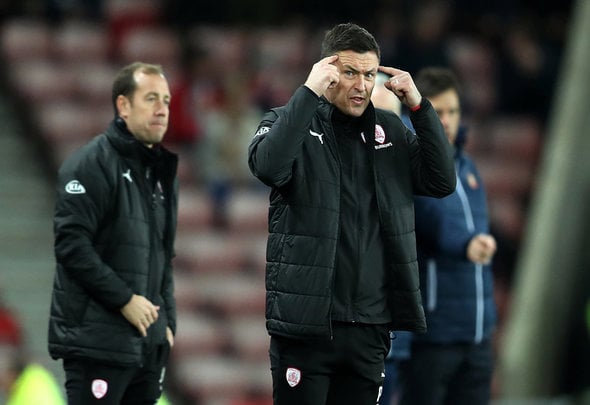 Leeds United manager Paul Heckingbottom has revealed his players were feeling incredibly flat after their heartbreaking defeat to Derby County but that they should be proud of their performance at Pride Park.
The Whites were within mere minutes of securing their first win since their 2-1 victory away at Burton Albion on Boxing Day, but Kasey Palmer’s injury time equaliser ensured that the Rams snatched a late point and extended Leeds’ winless run to 10 games across all competitions.
After being within touching distance of a much needed three points, Heckingbottom delivered the honest insight that the mood within his side’s dressing room was low at full time after admitting the late goal from Derby was a “sickening” blow, and one which he feels his side did not deserve.
He told the Yorkshire Evening Post: “We end up giving a corner away. Whether we could have dealt with it better I don’t know.
“It’s sickening. They’re flat in there, they’re down and sometimes that’s what football’s like.
“But they’ve got to come out of the dressing room with their heads held high because I was standing on the sideline in the 85th minute not seeing Derby scoring. I’m there thinking how well they’ve done and what’s won them the game.
“But I said to the players, we may think we should have had more points out of the last three games but we haven’t got them. That’s the way it goes.”
Heckingbottom’s time in charge at Elland Road has seen his side play out a defeat and two draws, leaving the Whites sitting 11th in the Championship table, eight points adrift of the play off spots and four points off Brentford in 10th.
Leeds play host to the Bees in their next clash, and will be hoping to close the gap with a first victory in nearly two months.
In other Leeds United news, Andy Couzens has delivered an exciting verdict after the disappointing draw.