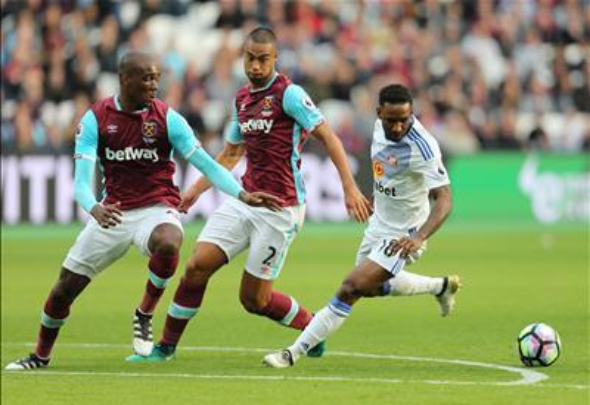 West Ham defender Angelo Ogbonna is being targeted by Sampdoria, according to a report.

Italian outlet Tutto Mercato Web claim that the Serie A side are eyeing the 29-year-old as a potential defensive reinforcement.

It is understood the Italian top-flight club are preparing to sell Milan Skriniar and view Ogbonna as an alternative.

The centre-back completed a move to England in 2015 from Juventus, but Sampdoria are plotting a move which would see him return to his homeland.

Ogbonna was an ever-present in Slaven Bilic’s side last season until a serious knee injury forced hm to miss a long spell in 2017.

The ball playing defender did manage 26 appearances and is considered to be one of the more experienced members of the group.

He is battling alongside the likes of Jose Fonte, James Collins and Winston Reid for a starting position at the Londonn Stadium.

Ogbonna has yet to really set the world alight during his time with the Hammers, despite arriving with a big reputation. The 29-year-old has international caps for Italy and has also played 55 times for European heavyweights Juventus. West Ham are hopeful of competing for the European spot next season in the league and Ogbonna is someone who can help them achieve that aim. The centre-back has proved himself in the past and is a steady presence in the Hammers backline. Slaven Bilic also showed a tendency to use a three-man defence last season and will need centre-back options if he continues with that next season.

In other West Ham transfer news, they are in a battle to sign a Bundesliga attacker.