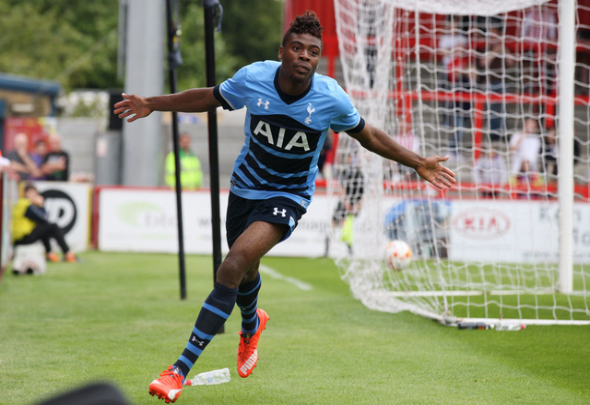 Nathan Oduwa has agreed a move to Slovenian top-tier side Olympija Ljubljana, it has been confirmed.

It brings to an end the 20-year-old academy product’s nine-year association with Spurs, who he first joined at the age of 11.

Oduwa has been able to agree a move outside of the main European transfer window, which has a 31 January cut-off, because the winter window in Slovenia remains open until 15 February.

The youngster has made the unconventional move to Slovenia after a series of loans spells, including at Scottish giants Rangers and English lower league clubs Peterborough, Luton and Colchester.

Oduwa spent the first half of this season on loan at Peterborough but was recalled early last month after failing to make an impact at the League One club.

The London-born youngster has represented Nigeria at Under-23 level but leaves Tottenham without playing a match at senior level for the club.

This is the ideal move for Oduwa. Slovenia might be a relative backwater in global football terms but it will enable the wide forward to get the game time he craves in an environment more suited to his style of play. British football, with its accent on physicality and where there is precious little time on the ball, does not appear to suit the youngster. His loan spells have been difficult, most recently at third-tier Peterborough, where he struggled to gain the trust of the manager. At Olympija, Oduwa should have more opportunity to play and develop his game. It is a surprise move but could prove to be a shrewd one.

In other Tottenham news, a £38.5million ace has held talks with Spurs and held a meeting with Pochettino at the club’s training headquarters.