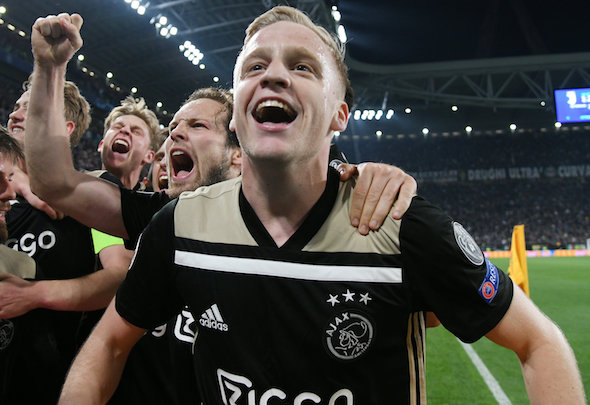 Spurs have scouted the centre-back, 19, extensively over the last three seasons since his emergence into the starting XI of the Champions League semi-finalists.

A club source has told Football Insider that the north Londoners have made it clear they want to sign De Ligt this summer although they fear the player has had his head turned by interest from Barcelona.

The Spanish giants have already wrapped up the signing of De Ligt’s Ajax teammate Frenkie De Jong, who agreed terms in January and will complete a transfer to Camp Nou in the summer.

Barcelona are keen to sign a second mainstay of Ajax’s remarkable run to the Champions League semi-finals, which has been achieved through two-legged wins against giants Juventus and Real Madrid.

De Ligt scored the winning goal in Tuesday’s 2-1 win in Turin to cap another magnificent personal display which demonstrated why he is regarded as one of Europe’s outstanding young players.

The teenager does not turn 20 until August but has already represented boyhood club Ajax 110 times as well as made 15 appearances for Holland.