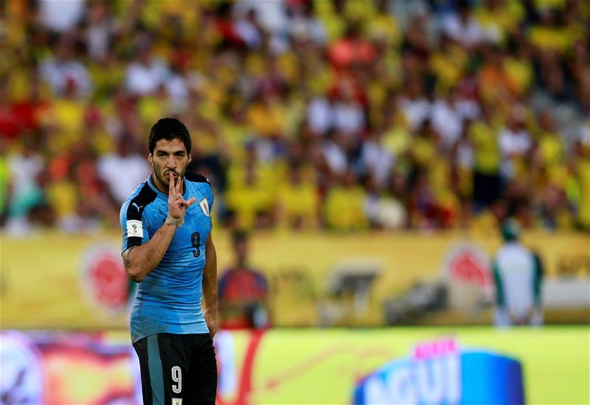 Tottenham have contacted Barcelona over acquiring Luis Suarez as Mauricio Pochettino wants a striker who knows the Premier League, according to a report.

Don Balon claim that it will be near impossible for Spurs to keep Harry Kane in the summer, and the club are keen to replace him with a proven Premier League striker.

The report believes that Suarez is set to be replaced by Antoine Griezmann, as Barcelona are expected to sign him.

However, the report throws doubt on the move by revealing Suarez doesn’t even want to consider Tottenham’s offer because he feels at home in Barcelona.

The striker has played 21 games for Barcelona this season across all competitions and scored nine goals.

Suarez will struggle for game time in the near future as Barcelona seem set on making a marque attack signing in the summer, whether that’s Griezmann or not. Tottenham being interested in the ageing star would make sense if he was being signed with depth of squad in mind. The striker has been among the goals this season, and will score wherever he is, but at 30-years-old his best days are behind him and he would not be an adequate replacement if Kane was to depart in the summer. Also the report believes losing Kane is inevitable and that simply doesn’t appear to be the case, with Kane looking as dedicated as ever to Tottenham’s cause.

In other Tottenham news, Sky Sports pundits deemed Harry Kane not good enough for their team of the season.