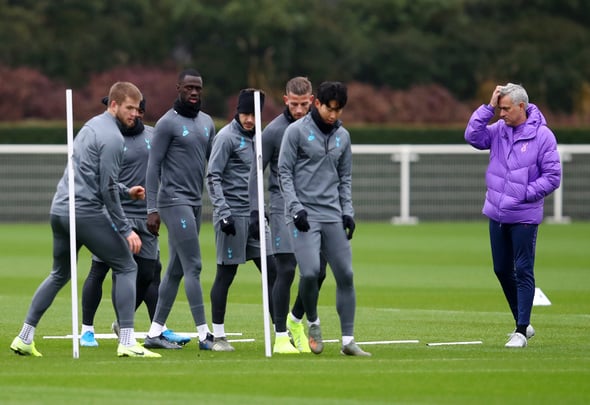 Paul Robinson claimed it would be Tottenham fans’ “worst nightmare” if Harry Kane and Son Heung-min were injured at the same time.

The former White Hart Lane favourite, speaking exclusively to Football Insider, said he was worried when the pair both went down injured in the first half of Saturday’s 2-0 win over Leeds United.

However, Kane, 27, and Son, 28, recovered to grab a goal and an assist each in a win which lifted Spurs to fourth in the Premier League.

The attacking duo have now been directly involved in 76 per cent of Jose Mourinho’s side’s goals in the league this season.

Kane‘s 16 appearances in the division this have yielded a staggering 10 goals and 11 assists, while Son has contributed 12 goals and five assists.

When asked by Football Insider if his former club were over-reliant on the pair, Robinson  said: “It was worrying on Saturday when they both went down at the same time.

“Harry Kane was holding his knee while Son was getting treatment as well but luckily they were fine.

“If both of them got injured at the same time it would be every Spurs fans nightmare. Even if one of them is ruled out it is not ideal.

“The Spurs squad is massively improved this season with Gareth Bale and Vinicius added to the squad but the understanding Kane and Son has got is telepathic.

“The ball that Harry Kane put in for Son’s goal was nothing short of phenomenal. Neither seemed to even break stride. I do not think there is anyone better than those two in European football.”

In other news, a well-connected Tottenham pundit has revealed when he expects Gareth Bale to return from injury – and it is not good news for Spurs fans.