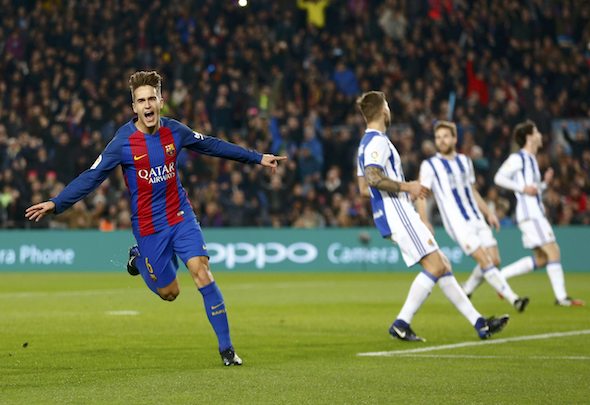 Tottenham are eyeing up a double swoop for Barcelona duo Andre Gomes and Denis Suarez in January, according to a report.
The Telegraph claim on their website that Spurs are expecting the winter window to be a quiet one but are keeping tabs on a possible deal for the Catalan giants’ 24-year-old midfield duo.
Suarez is reported to be potentially available on loan, having made 16 appearances, half of which have been starts, for the La Liga side this season, having turned out on both the left wing and in central midfield and netting three goals and six assists.
He has a total of 52 outings for Barcelona under his belt, as well as a single Spain cap from 2016.
Meanwhile central midfielder Gomes is said to be the target of another swoop by Spurs, having reportedly nearly joined the club in the summer window, but has made 17 appearances for Barca so far.
The 27-cap Portuguese international has started just six of those games however, with a solitary assist under his belt.
Football Insider verdict
Tottenham are aiming high with swoops for Suarez and Gomes, and the duo would certainly offer some depth in quality to the club in their push for silverware. They have both proven their worth for Barcelona in some capacity this season, but will desperately seeking more first team action to nail a place in their respective international squads ahead of the World Cup. Is that achievable at Spurs? It would be a tough ask considering the quality of talent already under Mauricio Pochettino, but with the club competing on three fronts, there is every possibility that they could see themselves handed more playing time than they are at present.
In other Tottenham transfer news, the club have been handed a major boost in keeping hold of one of their top stars.