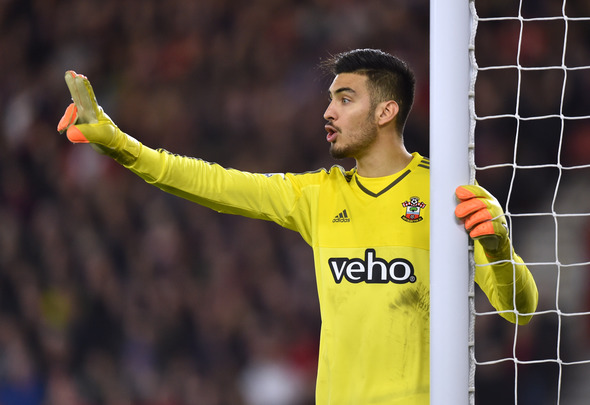 Tottenham fans have been left fuming after goalkeeper Paulo Gazzaniga was confirmed as the club’s first completed signing of the summer on Wednesday afternoon.

Spurs announced on their official Twitter account on that Gazzaniga, 25, had agreed terms to a five-year deal in north London as he reunites with his former Southampton manager Mauricio Pochettino.

Last season’s Premier League runners-up have been the least active team in the transfer window this summer with Gazzaniga the only player that they have successfully completed the signing of, with Davison Sanchez’s move from Ajax yet to be finalised.

Many Tottenham fans have been left raging at the signing of the Argentine goalkeeper, with many believing that he simply wasn’t needed with Hugo Lloris and Michel Vorm already in the squad.

Danny Rose will be buzzing

Can we sign someone who is actually going to play?🤔#COYS #THFC

What a way to excite the fans Mr Levy…

I saw this and thought "omg Aurier, Barkley, Keita?!?" but oh great it's a third choice keeper 😂

Whilst I know we are not in the same league as PSG regarding finances, wake up Spurs, or this season will be a complete disaster

Gazzaniga isn’t the only player to have been confirmed to have signed a deal with Tottenham on Wednesday after Kyle Walker-Peters’ contract extension was announced earlier on in the day.

The goalkeeper spent five years at Southampton prior to his Wednesday switch to Spurs, but only made 23 appearances across all competitions as he largely played second fiddle to England international Fraser Forster.

Gazzaniga, formerly of Gillingham, spent last season on loan in the Spanish Seguna Divison with Rayo Vallecano, where he kept 12 clean sheets in 34 appearances across all contests as they challenged for promotion to La Liga.

In other Tottenham news, Spurs have deployed their scouts to keep watch of this Argentina international, but are facing competition from Juventus and Manchester United.