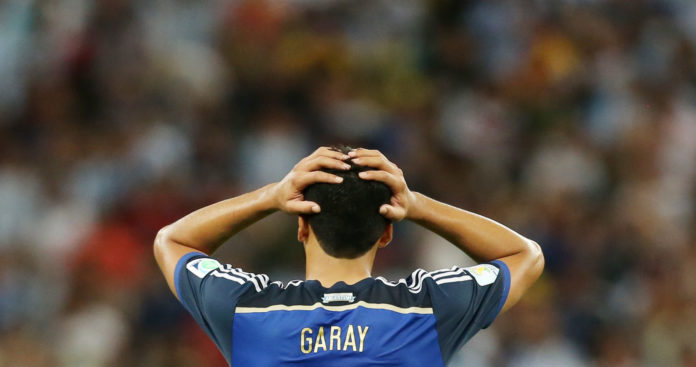 Tottenham deployed their scouts to keep close tabs on Valencia centre-back Ezequiel Garay in last week’s La Liga clash with Las Palmas, according to a report.

Spanish news outlet Super Deporte claimed that Manchester United, Benfica and Serie A champions Juventus also sent their recruitment experts on a transfer mission to cast their rule over Garay, 30, as he helped his side keep a clean sheet in a 1-0 win.

It is understood that Juventus are the most interested in the 32-times Argentina international after Russian side Spartak Moscow had a bid rejected for him earlier this summer.

The report adds that Valencia rate Garay at £18.3million and would consider selling him at that price.

Garay, who was signed from Zenit St. Petersburg last summer, was a regular feature in the Valencia squad last season, appearing 28 times across all competition and scoring three goals in the process.

He has previously had spells at Benfica, Real Madrid and Racing Santander.

With Tottenham arguably having the best defence in the Premier League, it would take a lot to improve it. Toby Alderweireld are unlikely to lose their spots in the heart of defence while Eric Dier and Kevin Wimmer can supply back-up. Davison Sanchez is also poised to join Spurs in the coming days so it means that Mauricio Pochettino is already well stocked in that area. Spurs should refocus their efforts elsewhere because centre-backs are not their priority at the moment, as good as Garay is. There still hasn’t been enough effort made into finding a back-up for Harry Kane or players like Dele Alli and Christian Eriksen. Spurs’ lack of depth could seriously cost them this season.

In other Tottenham news, a Serie A club has entered talks with Spurs over a deal for this French speed machine.