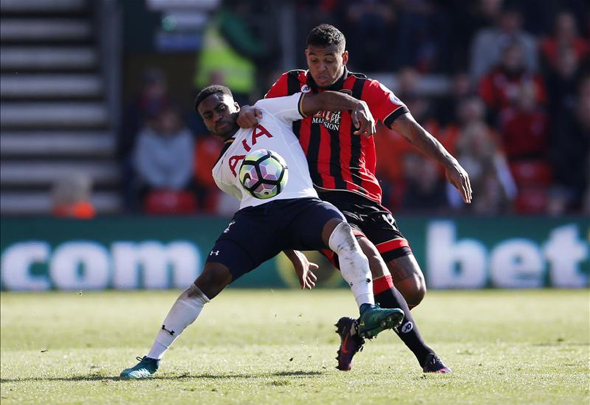 Danny Rose has been named on the bench on Wednesday night – and the Tottenham supporters were not pleased with the decision.

Mauricio Pochettino has preferred Ben Davies at left-back as Rose is rested ahead of Sunday’s Premier League encounter with Arsenal.

Spurs have also recalled Moussa Sissoko to the side and Vincent Janssen has been named on the bench.

Spurs face a home match against Bayer Leverkusen in the Champions League group stages and will be looking to better the 0-0 draw from the reverse fixture in Germany.

The north London are currently involved in a fascinating group alongside Monaco, Leverkusen and CSKA Moscow, with the four teams separated by just three points.

They are currently second and still have two of their three games left to play at home against Leverkusen and CSKA, with Spurs using the national stadium Wembley this season.

Spurs fans were displeased with the decision to rest Rose and feel the England international should have played.

Shocked that he is resting #Rose as we need win tonight. What's the point of reaching CL if we don't play full team #THFC #COYS #UCL https://t.co/aqzfBSuzmK

#thfc Would have gone full-strength tonight (Rose). The NLD's obviously big bt theres a lot more time to recover from a defeat in PL than CL

Rose naturally being saved for the NLD, huge game for Davies didn't have a great game against Monaco last time out @ Wembley. #COYS#THFC

Agree. Would've rather had Walker rested than Rose. Trippier did well in the matches he played #thfc #COYS https://t.co/sFqaIV29zO

No Danny Rose?! You sure Poch 🤔

Rose, 26, has become a crucial part of the Spurs defence and is the club’s first-choice left-back.

The defender has now made 130 appearances for the north London club since he moved to White Hart Lane in 2007 from Leeds.

He also has 10 international caps and is competing with Ryan Bertrand for a starting position.

In other Tottenham team news, the club’s supporters reacted on Twitter to Vincent Janssen’s axe against Leverkusen.