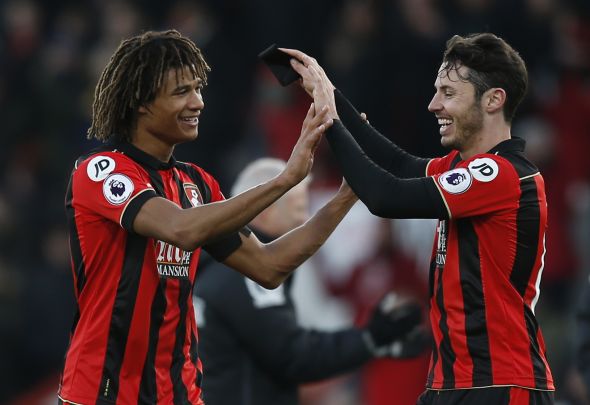 Tottenham fans are undecided on Twitter over a potential transfer for Bournemouth right-back Adam Smith – as a replacement for Kyle Walker.

England right-back Walker has been reportedly interesting Premier League rivals Manchester City, according to the Express, after a sublime season on the right side of Spurs’ defence.

The Mirror claim former Spurs defender Smith could be brought back to north London to replace Walker, if he opts to jump ship.

However, Tottenham fans are undecided over Smith, who has supplied five assists as well as helping Bournemouth keeping nine clean sheets during the 2016-17 campaign.

Some fans believes he is not good enough for their club as they look to go one better in both the Champions League and Premier League next season.

Others think he would be a good addition to the squad.

I think Adam Smith of Bournemouth would be a welcome addition to our squad if Walks does choose to move. Covers RB & LB. Good assists #COYS

Depressing! all our rivals linked with top players and we are prepared to let go one of the top righ back in the league for an average one.

Always liked him and felt he wasn't given a fair go

Would not mind. At least Adam has got a football brain..

Smith spent seven years with Spurs after breaking through the youth academy, but made just two senior appearances and instead went on to make seven loans before joining Bournemouth.

In other Tottenham transfer news, this long-time Spurs target is set to leave Ipswich in the summer.