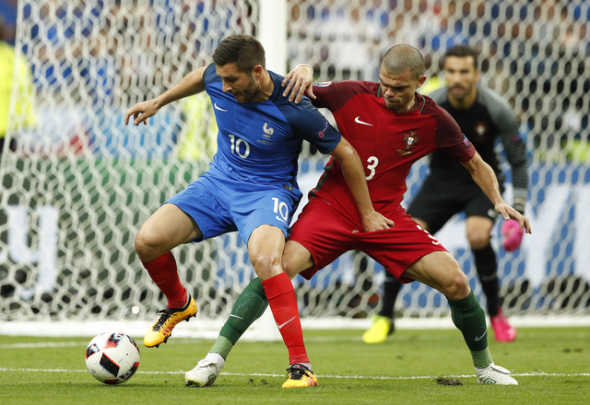 A report named Tottenham as interested in Real Madrid centre-back Pepe in the build-up to the winter window, which has received a negative response from Spurs fans on Twitter

The defender’s contract is set to run out in the summer and he will be allowed to speak to clubs outside of Spain from January.

Madrid have offered him a new deal, but it is stated that Pepe wants a two-year contract rather the one being offered, which has cast his future into doubt.

This has led to Tottenham’s name being one as interested in the experienced player, but Spurs fans aren’t keen on the deal on social media.

@Spursy1882 wrong area we need a top playmaker, focus should be in the last third of the pitch

Would rather Gary Doherty made a comeback.

@Parkerknowsbest would love this. But means one of ours to go. And wouldn't love that #beast

Pepe has won most of what there is to win in football after completing a huge £25.5million deal from Porto to Real Madrid in 2007.

He has won two La Liga titles as well as the Champions League twice, while he also starred as Portugal won the Euro’s in the summer.

However, as Tottenham currently boast Toby Alderweireld and Jan Vertonghen as their two centre-backs it is unlikely that they will find an improvement on the two Belgium stars.