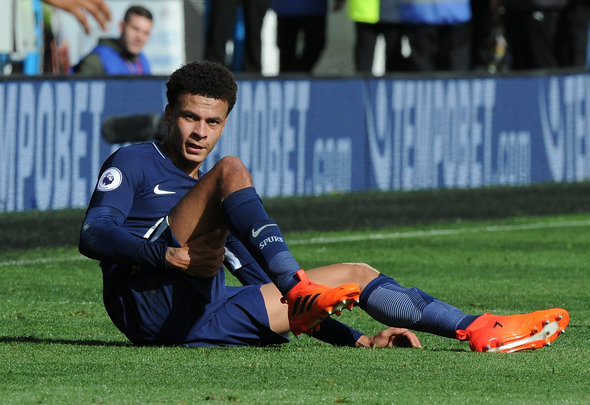 Tottenham fans have slammed Dele Alli for his role in Saturday’s 4-0 win over Huddersfield at the John Smith’s Stadium as they returned to Premier League action of a successful Champions League win over APOEL on Tuesday.

Mauricio Pochettino’s men were in top form in the first-half, storming to a three goal lead thanks to two Harry Kane goals either side of a rare Ben Davies strike before Moussa Sissoko got his first goal for the club late on.

Alli, 21, was shown a yellow card in the 58th minute for a dive, and that appears to be where most fans have shown their frustration at the midfielder, with many calling him to stamp it out of his game straight away.

Spurs supporters have been on the back of the England international over the past few weeks after some poor performances.

His form was notably better on Saturday though and at one stage he was unlucky to not get on the scoresheet himself when he struck the post.

However the fans on Twitter made it clear that they cannot condone him diving, and weren’t afraid to blast the player for his simulation.

I would sub Alli Dont want another red #coys

No Alli in UCL last 2 games could actually have been a blessing. Team Carrying him atm #COYS

Time for Alli to grow up. Take him off. #coys

Fully deserved yellow for that pathetic dive by Alli #COYS

That was woeful from Alli, come on pick it up #COYS

#thfc been poor second half. Alli needs a proper break, way below par. 3 up after 25 mins, should be winning by 6 + #coys

I think Poch should read Deli Alli 'The Boy Who Cried Wolf' every night until this stops. May need correct decision when it matters #COYS

Alli has made eight appearances across all competitions this season, scoring three goals and supplying one assist in the process.

He was banned for the midweek win against APOEL and Spurs fans will no doubt hope that he doesn’t pick up any suspensions in the Premier League any time soon.

In other Tottenham news, Spurs are in the hunt to sign this Premier League attacker who was the subject of an approach from one of their rivals in the summer.