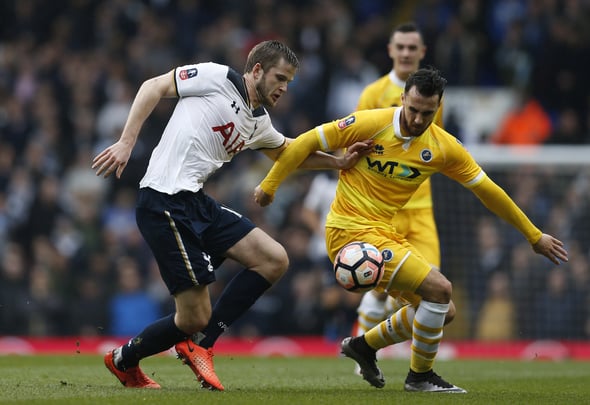 Tottenham fans on Twitter have slammed a report stating that the club are eyeing Burnley defender Michael Keane, which could prompt the end of Eric Dier’s time at the club.

Dier, 23, has often received mixed reviews from the Spurs fan base, but no one can criticise that he is a vital part of the north London club’s team due to his ability to play in numerous positions.

The Telegraph reported on Tuesday afternoon that Spurs were ready to enter the bidding for Keane, which could boost Manchester United’s hopes of landing Dier.

The report details that while Spurs do not want to let any of their stars leave this summer, Mourinho knows that a deal for the versatile defensive player would become more realistic if Keane moves to White Hart Lane.

However, Tottenham fans on social media are refusing to believe the claims and many have rubbished the story.

One supporter asked why any Spurs player would take the step down to United, while another simply stated “great made-up story.”

Heard it might happen in return for Rashford & Martial plus 20m. My lies only.

Please explain why any Spurs player would take a step down to play at Utd?

No it won't. Poch wants Dier to play in midfield. He's being used as an auxiliary CB following the switch to 3-4-3

Dier has mainly been used in the centre-back position this season in a back three, while he can also play in both the defensive midfield and right-back positions.

Both Mauricio Pochettino and Gareth Southgate have made him a vital part for Tottenham and England and now Spurs fans will be hoping the player who has four years on his contract will remain in north London.

In other Tottenham news, Don Goodman has given his title verdict for Spurs.