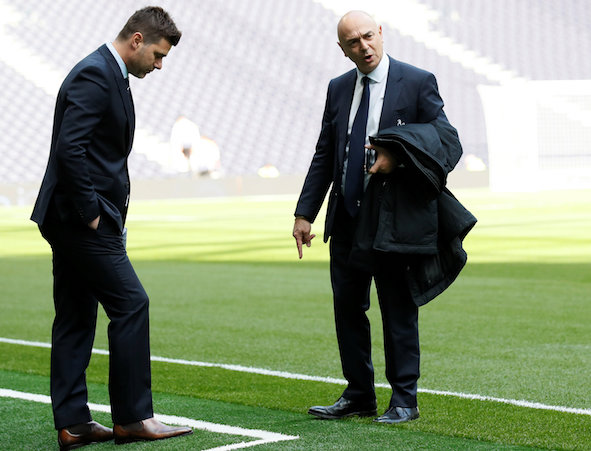 Tottenham’s have been hit by a transfer hammer blow after being told their chances of signing Jack Grealish from Aston Villa this summer have evaporated, Football Insider understands.

Spurs were targeting another swoop for the playmaker after failing to land him last summer after tabling multiple bids of up to £25million.

A Tottenham source has told Football Insider that the club are moving on to other targets on their shortlist after learning that Grealish wants to stay at Villa for the club’ first season back in the Premier League.

The attacking midfielder had been tempted last summer by the prospect of quitting his boyhood club for the established Champions League club.

Grealish would have joined the Londoners if they had met Villa’s asking price but the arrival of Nassef Sawiris and Wes Edens as the new owners persuaded him to commit his long-term future to the club and sign a new five-year deal last September.

Spurs manager Mauricio Pochettino is a long-time admirer of Grealish and believes he has the calibre to develop into a top-quality Premier League performer.

The Londoners are in the market for a home-grown attacking midfielder this summer and have made an approach for Leicester City playmaker James Maddison.