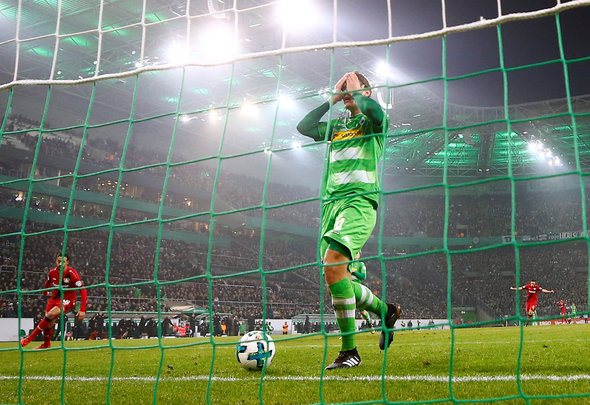 Tottenham have joined bitter rivals Arsenal in the hunt for Borussia Monchengladbach defender Jannik Vestergaard, according to a report.
Italian news outlet Tuttomercatoweb claims that the two North London giants have joined Inter Milan in keeping tabs on Vestergaard, 25, and it is understood that the Serie A side are sounding out the possibility of a loan deal with the view to it being made permanent in the summer.
Spurs and Arsenal are believed to be interested in signing Vestergaard when the season comes to an end, meaning that should Inter strike up a loan deal with the Denmark international this month, they may find things complicated in the summer while he is starring at the World Cup in Russia.
Vestergaard is known for his brilliant ball-playing capabilities for his size, which is perfect for a Tottenham manager Mauricio Pochettino’s system, who loves to have his centre-backs able to play the ball out of defence.
The 6ft 5in defensive colossus is solid both in the air and with the ball on the deck and has played every minute of every Bundesliga match for Borussia Monchengladbach this season.
The 15-times Denmark international, formerly of Hoffenheim and Werder Bremen, has made 19 appearances across all competitions this term, scoring three goals in the process.
Football Insider verdict
Spurs might be looking at Vestergaard as a long-term replacement for Toby Alderweireld. The Belgium international’s contract situation at Tottenham is not looking to great at the moment and it would make sense for Pochettino to start looking at defenders who can succeed the ex-Atletico ace. Vestergaard looks like a solid defender who is good in the air and with the ball at his feet. Spurs have had a fair amount of success in their defensive signings over the past few years so Pochettino should definitely be trusted. The only problem is Inter and Arsenal also have eyes on the Dane. Both of those sides have the potential to spend big money, something which Daniel Levy seems to hate.
In other Tottenham news, Spurs’ transfer budget for January has been revealed.
We’ve launched a << BREAKING NEWS FEED>> exclusively for your club. ‘Like Us’ on Facebook by clicking here if you want 24/7 updates on all Tottenham breaking news.