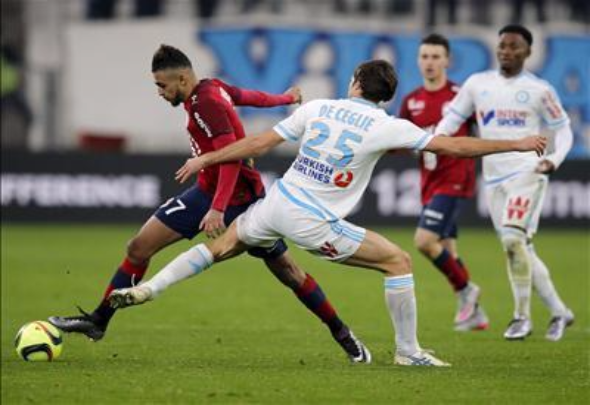 Tottenham have made contact with the agent of Sofiane Boufal as they reignite their interest in the attacking midfielder, according to a report.

France Football claims that Spurs have turned their attention to Boufal after a change in ownership at Marseille delayed the transfer of Georges Kevin-N’Koudou to White Hart Lane.

It is reported that the north London club have spoken to the agent of Boufal, Yvan Le Mee, as they step up their pursuit of the Lille ace.

360 Sport claimed in July that Southampton had tabled a £25.5million bid for the Morocco international, but the player’s current injury is said to have put off the south coast club.

However, France Football state that the 22-year-old’s knee problem has not deterred Spurs even though he is not expected to return until September.

It had been reported earlier in the window that Boufal was attracting both Liverpool and Tottenham with Klopp scouting the young prospect several times while Spurs were also monitoring the highly rated Lille winger.

It was thought that Mauricio Pochettino was in pole position to sign the France-based speedster with the offer of more first team football.

In other Tottenham transfer news, senior quartet Clinton N’Jie, Nabil Bentaleb, DeAndre Yedlin and Nacer Chadli could be heading for the exit door.