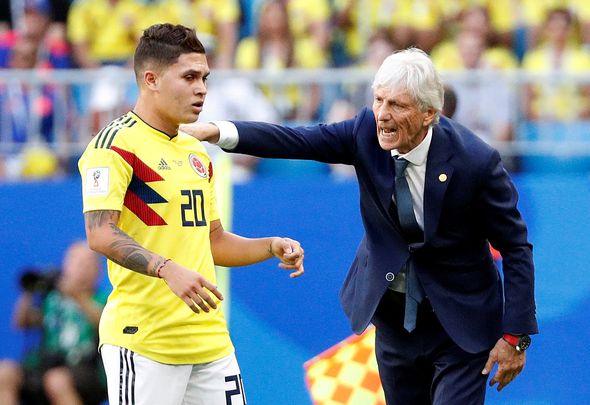 Tottenham must win the reported race for FC Porto’s Juan Quintero as the attacking midfielder would be an exciting signing to see arrive at the club this summer.

The Daily Mirror reported on Monday that Spurs, Real Madrid and Wolves were all keen on the 25-year-old who is currently impressing for Colombia at the World Cup in Russia.

The newspaper stated that Wolves’ pursuit was being aided by superagent Jorge Mendes as he was working hard behind closed doors in order to get a deal done for the Premier League new boys.

Despite Spurs having the odds stacked against them for this reason as Mendes has previously appeared to help Wolves sign several players, the London club must win the reported race for Quintero services.

The 25-year-old midfield magician is a wonderful attacking prospect as his dazzling dribbling, powerful shots from distance and tendency to play pinpoint key passes to aid his side’s cause would see him be a revelation at Spurs.

Quintero, who has scored one and assisted two goals for Colombia at the World Cup so far, is more than ready to take the Premier League by storm and could aid Spurs’ quest to compete for the Premier League title in the upcoming season.

After impressing on loan at River Plate in the 2017/18 season the player is more than ready to test his abilities in England’s top-flight and after his performances at the World Cup, it’s easy to see that he is more than capable of being a success story in the Premier League.

Therefore Spurs must win the reported race for Quintero’s signature as the attacking midfielder would be an exciting signing who will be a welcomed addition to their current squad.

In other Tottenham news, the Lilywhites have been put on alert after this summer target made a huge decision on his future.