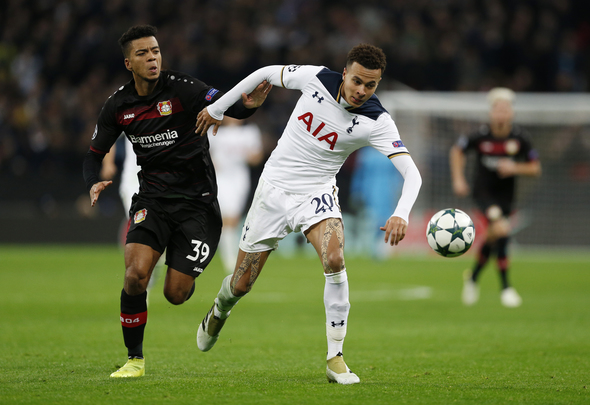 Tottenham have opened contract talks with star midfielder Dele Alli which could see him double his wages, according to a report.

The Sun claim that despite the 21-year-old still having four years left on his existing deal, they are willing to reward him with a new contract worth in excess of £100,000-a-week.

The former MK Dons man is reported to be on wages in the region of £50,000-a-week at the moment, but with a number of top clubs said to be eyeing him up for a move, Spurs have acted to ensure he commits his future to the club.

The proposed new contract for Alli would see him earning wages on par with the likes of fellow countryman Harry Kane as well as club captain Hugo Lloris.

The attacking midfielder, who has 21 caps for England since his debut under two years ago, has proven himself as one of the country’s top young talents, having scored 34 goals in 101 appearances across all competitions for Tottenham, including 18 in the league last season.

He has continued his fine form this campaign, having already netted twice in his side’s opening five Premier League fixtures, although he failed to help his side find the net in a frustrating 0-0 draw with Swansea on Saturday.

In other Tottenham news, Football Insider believes this star should be axed from the starting XI after the club’s bore draw against the Swans.