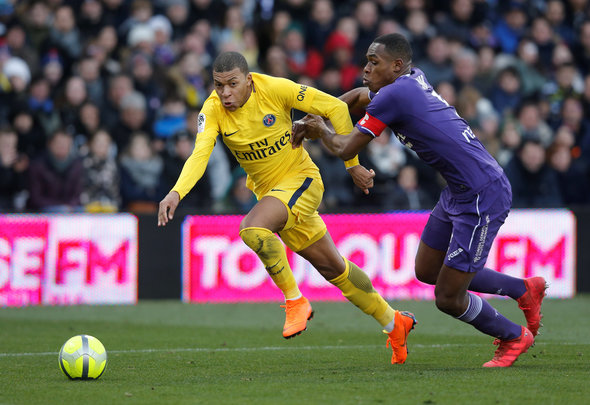 Tottenham are leading the race to sign Toulouse defender Issa Diop as they eye a top-class replacement for Toby Alderweireld, according to a report.

Broadcaster talkSPORT claim that Spurs lead the race for the France Under-21 international, who would be available to land this summer for around £30million.

It is said there is a growing belief that Toby Alderweireld is going to leave Spurs in the forthcoming window and that Mauricio Pochettino will want to replace him.

TalkSPORT report that Tottenham have been keeping close tabs on Diop, 21, in the past year as he has developed into a key player for Toulouse.

He has made 82 appearances in total for the Ligue 1 club, 28 of which have come this season.

Spurs have demonstrated that they are not afraid of spending big on centre-backs, even though they appear to be well served in that position through not only Alderweireld but Jan Vertonghen, £42million record signing Davinson Sanchez and Mr Versatility Eric Dier. Diop is a rising star of French football and looks a capable operator, who, under Pochettino and his canny coaching staff, could mature into the ideal long-term replacement for Alderweireld, who has reached a contract deadlock with Spurs as he looks for a massive increase on his current £50,000-a-week wages (ESPN FC).