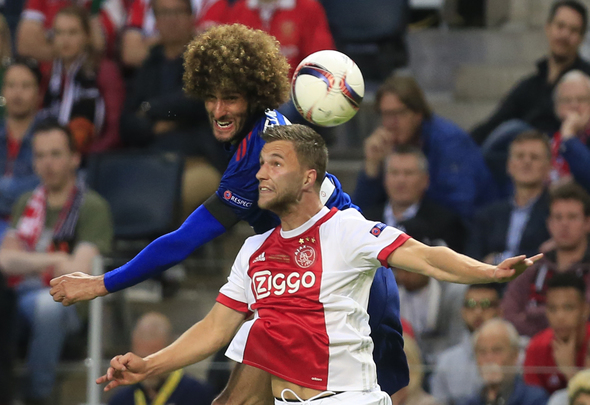 Tottenham have made Ajax full-back Joel Veltman one of their top transfer targets for the summer, according to a report.

The London Evening Standard claims that the 25-year-old is rated around £8million as he enters the final year of his contract with the Eredivise giants.

They are now said to be making it a high priority to bring the defender to North London this summer.

The Standard reports that Spurs have a “strong working relationship” with Ajax as Jan Vertonghen, Christian Eriksen and Toby Alderweireld have all developed there in the early days of their careers.

Veltman has spent most of the season playing at right-back for the Dutch giants, but can also do a strong job playing in the centre of defence.

He made 44 appearances across all competitions this term as Ajax reached the Europa League final where they lost to Manchester United.

The 16-times Netherlands international didn’t score this season but had quite a poor disciplinary record with 12 yellow and two red cards shown to him over the course of the 2016/17 campaign in both European and domestic competitions.

When in doubt, go to Ajax. That should become Tottenham’s new motto. It certainly isn’t a bad thing though as the Amsterdam club has perhaps one of the best academies on the continent and has developed some of Europe’s top players in recent decades. Veltman could definitely do a job in North London. His ability to play as a right-back could be useful if Kyle Walker leaves this summer, while his adaptability could also mean he’s a good option to play on the right-side of a back three. Vertonghen, Alderweireld and Veltman could prove to be a very difficult defensive line to break down.

In other Tottenham news, Paul Merson has said which Spurs player would help another Premier League team win titles.