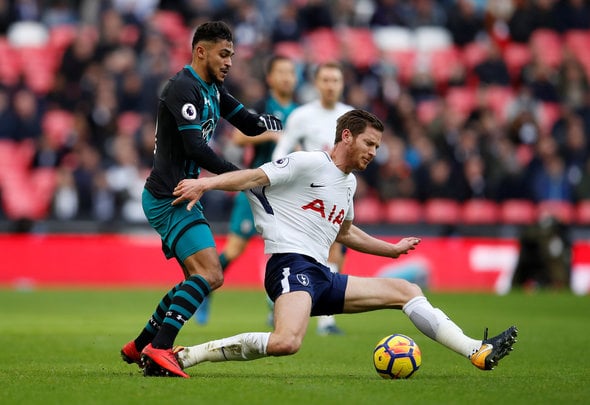 Tottenham defender Jan Vertonghen has admitted that he wishes manager Mauricio Pochettino would change his approach to follow in the footsteps of Manchester City boss Pep Guardiola.

The Belgian enforcer has been with Spurs before the Argentinian coach arrived from Southampton in the summer of 2014, and has kept his place as one of the first names on the team sheet, with a total of 243 appearances across all competitions.

However, while he has few complaints, he has targeted Pochettino’s training tactics with a slamming verdict, insisting that they are made to work hard over the course of the season, and admits he would rather work under someone like Guardiola, who has given his table topping City side numerous days off throughout the campaign.

He told Belgian publication DH, as transcribed by Sport Witness: “Footballers cannot complain, we don’t have to travel that much, and our work days do not last that long.

“Usually we have to be at the club around 9am and we’re back home for 3pm. It’s a good life.

“The negative point is that we rarely have several days off in a row.

“Guardiola sometimes offers breaks of 4-5 days to his players but our coach is someone who wants to train hard and a lot.”

Vertonghen might not be directly targeting his manager with criticism but it does not read well for Pochettino. His players comparing him to another manager certainly makes it seem as those making the comments are eyeing up potential moves, and while the Belgian defender is unlikely to be one of those seeking an exit, it should cast doubts moving forward. Will Pochettino change his ways? It is severely unlikely considering the success he has had implementing his style at Spurs, and it looks to be a case of lifting standards to meet expectations or finding yourself shipped out.

In other Tottenham news, the club are lining up a double swoop from these top flight champions.