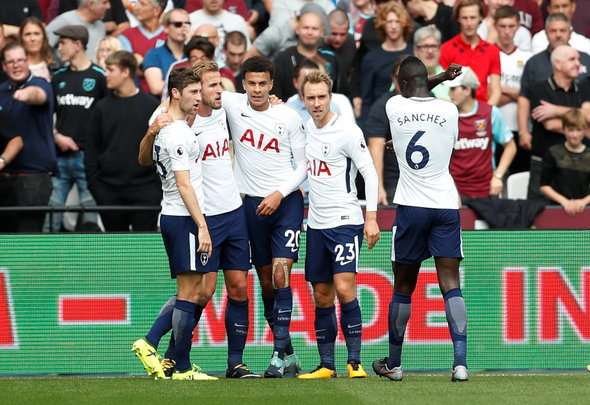 If there was a prize for most improved Premier League side over the past four seasons, then Tottenham would be a shoo-in for the award.

Spurs have been taken from European hopefuls to title challengers by manager Mauricio Pochettino, having built up a squad of young, talented and ambitious stars to challenge both domestically and in Europe.

They are ran well by Daniel Levy, with the chairman clamping a tight fist on the purse strings which has made their move into their new ground next season a possibility.

Yes, there have been lows; last season’s European campaign and the acrimonious exit of Kyle Walker to Manchester City, but on the whole there has been an awful lot to cheer.

However, is the positive attitude surrounding the club running through the squad?

Listen to the majority of interviews, and the answer would be a resounding ‘yes’, but Christian Eriksen’s latest comments hint at some unrest in the Lilywhite half of north London.

Speaking of a potential exit from the club, he told the Mirror: “You play football in the present, but you also have dreams.

“Dreams are one thing, but they are only realistic when [an offer] is on the table.

“Right now, most people are very happy at Tottenham and I am also.”

Now, while Eriksen and the majority of the squad are happy, he acknowledges that there may well be a few of his team mates who are not entirely satisfied with how things are going.

There are a number of issues which could be generating some unrest; contracts and money, a lack of playing time, even possibly inter-squad relationships.

Any of these cause a problem for Pochettino and/or Levy to sort out, and they, as well as the Spurs fans, will be hoping they are minor issues which can be quickly resolved, although if Eriksen is commenting on Toby Alderweireld’s situation, then a sense of patience is required.

The Tottenham ship might be sailing along nicely, but it would appear that not all is well below deck.

In other Tottenham news, one star man has blasted Mauricio Pochettino and hinted at following the footsteps of league leaders.