Tottenham have offered a contract to Bayern Munich whizzkid Taylor Booth ahead of the summer, Football Insider can reveal.

The Premier League big guns are working on a deal to lure the 18-year-old to north London even though he has two years left on his deal.

A Spurs source has told Football Insider the club are offering Booth a lucrative professional contract after being impressed by his potential. 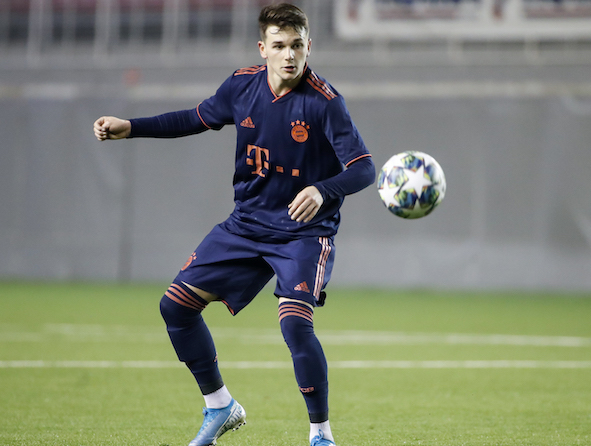 Booth is regarded as a future star for club and country.

He has been capped by USA at all levels up to Under-19s and is regarded as capable of graduating from youth-team football to the Bayern senior side.

Significantly, Booth is concerned at the first-team pathway at the German giants, who are on course for yet another Bundesliga title after beating Borussia Dortmund yesterday.

Tottenham have an impressive record of developing young players over the last decade, with Harry Kane and Harry Winks the current shining lights of their academy programme.

Booth has impressed Spurs scouts who have seen him in action in youth tournaments and fixtures.

The teenager, who turns 19 later this week, was outstanding last December as Bayern’s Under-19s beat Tottenham 3-0 to knock them out of the UEFA Youth League.

He rewarded for his progress at the German giants with a three-year professional contract last summer.

But he is ambitious and eager to make his mark in professional football rather than kick his heels at age-group level.

In other Tottenham news, it can be REVEALED that there has been a major development in the club’s bid to sign Ryan Fraser.