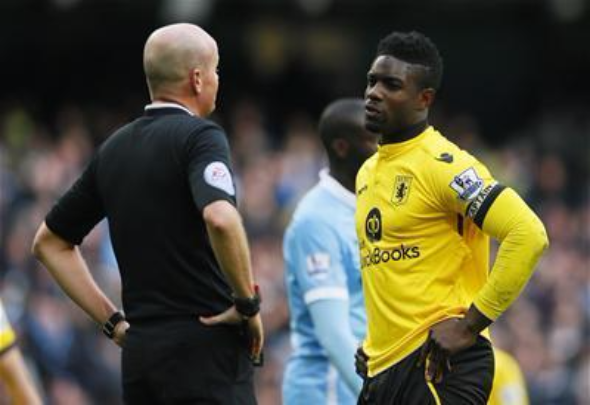 Super Lig side Trabzonspor are set to rival promoted Premier League side Hull City in the chase for Aston Villa’s Micah Richards, according to a report.

The Mail claim that Hull are hoping to sign the ex-England defender, who can play at centre-back or  right-back. The Daily Star reported last month that the 28-year-old has a £5million release clause in his Villa contract.

Turkish outlet Fotomac claim that Richards could join Trabzonspor side on a loan basis.

The 28-year-old is expected to leave Villa Park following the arrivals of centre-back duo James Chester and Tommy Elphick for a combined £11million.

Richards is one of two defenders that the six-time Super Lig champions are looking to sign, with Roma’s experienced right-back Vasilis Torosidis also on manager Ersun Yanal’s shortlist.

Villa manager Roberto Di Matteo is under no pressure to sell Richards, who captained them last season at times. The defender still has three years remaining on the four-year contract he signed last summer.

Richards endured a difficult campaign last year as part of a defence that conceded 76 Premier League goals, and a side that was relegated for the first time in 28 seasons.

The Manchester City academy graduate has experience playing outside of England, after spending the 2014/15 season on loan with Serie A giants Fiorentina.

Champions League-winning manager Di Matteo has conducted a mini-exodus at Villa Park, with the likes of Idrissa Gueye, Ciaran Clark and Scott Sinclair all leaving. Midfielder Jordan Veretout is also on the verge of an exit, with a move to Ligue 1 side Saint-Etienne reported on Tuesday afternoon.

In other Aston Villa transfer news, Di Matteo is looking to raid Hellas Verona for the second time this summer by bringing in this £5m-rated midfielder.