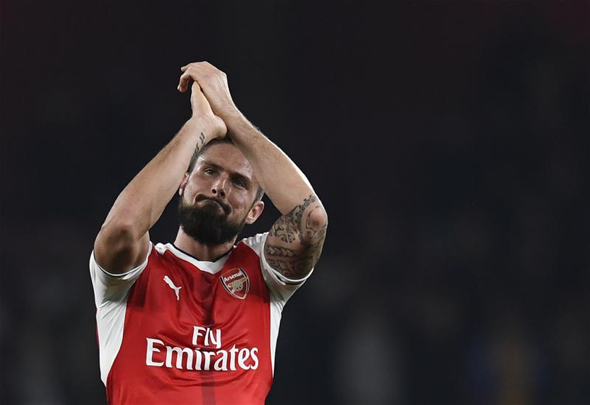 TV pundit and former-Tottenham midfielder Jermaine Jenas thinks that Arsenal are a better team when they play Olivier Giroud.

The France international has struggled to get back into the team after an extended break following his exertions at Euro 2016, making just three cameo appearances in the Premier League for a total of 51 minutes of play.

He’s yet to score a goal in five appearances across all competitions, and has only chipped in with one assist.

However, Jenas believes that Arsenal offer a bigger threat when Giroud plays as the attacking focal point of the team.

Talking on BBC 5 Live, as quoted in The Mirror, Jenas said, “I still think they’re better with Giroud in the team.

“Only because he allows Sanchez, Iwobi, Walcott, Ozil – the three behind him – to play a lot better with him as a focal point.”

Giroud might get his chance this season after it was reported that new signing Lucas Perez has been ruled out until December following a tackle by Reading player Danzell Gravenberch.

He is available for the early kick-off against Sunderland tomorrow, but he is expected to start on the bench, with Alexis Sanchez continuing to impress at the head of the Arsenal attack.

In other Arsenal team news, their fans have reacted on Twitter to this goal from their young Under-23 star Chris Willock.