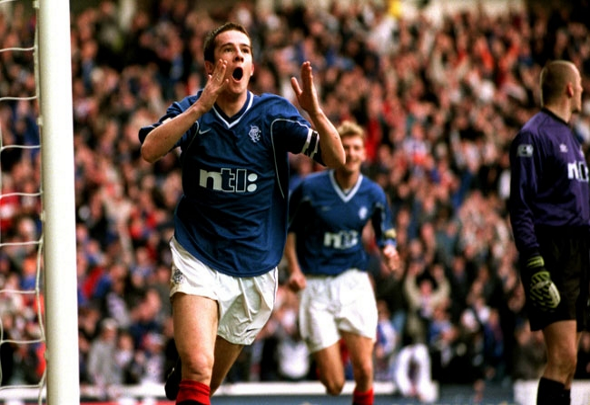 Former Rangers captain Barry Ferguson is excited about the signings made by recently appointed manager Steven Gerrard for this close season.

And the signing which he is most enthused about is the return of former goalkeeper Allan McGregor to Ibrox.

McGregor left the Gers in 2012, but his return on a free transfer is a huge fillip to the Gers prospects in the season ahead, according to Ferguson.

“Rangers have signed a lot of players in the last few windows, but this time it’s a different caliber of player they’ve brought in” he said, as quoted by the Scottish Sun.

“I’ve seen a lot of players come up and struggle to adapt to Scottish football, but I’m sure these guys won’t because they’ve got good pedigrees.”

“As a goalkeeper, McGregor is unbelievable, but the biggest thing for me is that Rangers need characters with a certain mentality and he brings that.”

McGregor won a host of trophies at Ibrox – some alongside Ferguson – before leaving the Gers to join Besitkas in 2012.

Barry Ferguson knows Allan McGregor very well, so it is no shock that he is backing the Gers goalkeeper to make a big impact in his return to Ibrox. Of course, it remains to be seen if McGregor will be first choice goalkeeper ahead of Wes Foderingham, but you have to imagine that Steven Gerrard and director of football Mark Allen brought him back to Ibrox with the plan that he will be the number one goalkeeper going forwards. McGregor certainly has the experience of winning trophies that has been lacking at Ibrox in recent years, and if the new Rangers side is building a spine of players who can be relied upon, McGregor more than fits the bill. He could turn out to be one of the best signings made by Gerrard and Allen this summer, if he is able to recapture the form that made him such a favourite with the Gers support during his first spell with the club.

In other Rangers news, a Gers icon gave his prediction for next season