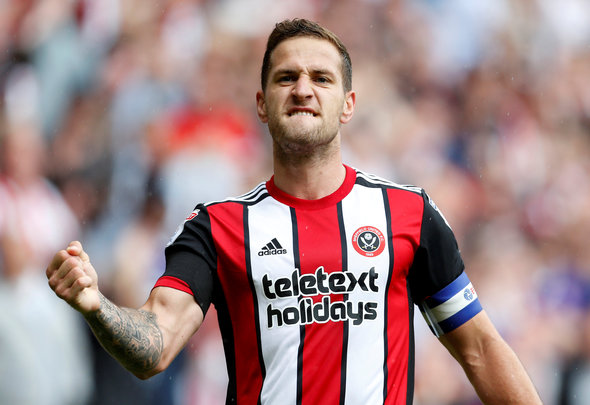 Sheffield United forward Billy Sharp has claimed that Leeds United weren’t as stable a club as they are now under the ownership of Andrea Radrizzani during his previous spell at the club.

Sharp, 31, joined Leeds in 2014, but after just one disappointing season at Elland Road, he left for Bramall Lane having scored just five goals in 35 games for the Whites.

Now, the Blades striker will be returning to Leeds on Friday night as Chris Wilder’s side look to secure the derby day bragging rights in an all-Yorkshire clash.

He has made no secret that his time with the Whites could have gone better than it did, and reckons that is largely down to the instability that was plaguing the club in that period of time.

“I enjoyed my short time at Elland Road, it didn’t go as planned, but that was partly because Sheffield United wanted me back,” Sharp said, as quoted by Sheffield United’s official website.

“I would have stayed had it been anyone else and fought my place, so it will be nice to go back because I had some decent memories of playing for Leeds.

“It was similar to my spell at Forest, we had three managers in a short space of time and it wasn’t as stable or doing as well as they are now.”

Sharp has been in great goalscoring form since returning to the Steel City with United and already has five to his name from nine Championship games this term.

The Blades captain was a large factor in their promotion from League One last term and has once again proved pivotal in a lightning start to life in the second-tier for Wilder’s side as they currently sit third in the table.

Fourth-placed Leeds can’t leapfrog Sheffield United by beating them on Friday night due to a four point gap, but they will no doubt go into the game high on confidence after a stunning 3-0 victory at Bristol City last weekend.

In other Leeds United news, this Whites trio has been ruled out of the clash with the Blades, however this 26-year-old is confirmed to be returning to action.