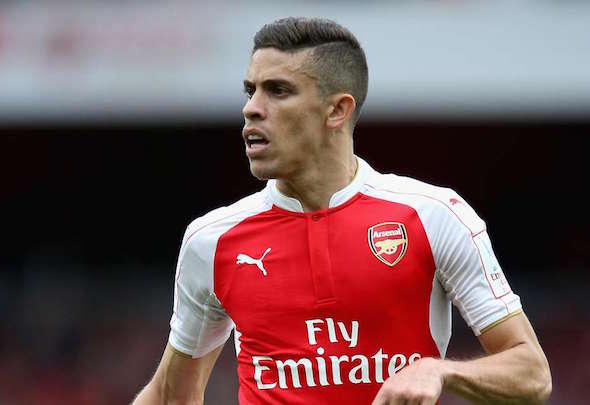 Arsene Wenger does not expect Laurent Koscielny and Gabriel to be fit for Arsenal’s Premier League opener against Liverpool next Sunday.

Gabriel was stretchered off with an ankle injury late on in the Gunners’ 3-2 pre-season friendly win over Manchester City on Sunday night.

Koscielny once again missed the match after returning late to the club following his exertions for France at Euro 2016 and has not been involved in any of Arsenal’s pre-season matches.

Wenger said he did not know how serious Gabriel’s injury was but admitted he was unlikely to be fit for the clash against Jurgen Klopp’s team at Emirates Stadium next Sunday.

Asked about Koscielny, the manager explained: “Laurent’s back in training but Liverpool may come a bit soon. We’re short in defence at the moment.”

Pressed further by Sky Sports, as quoted by their website, Wenger added: “I have said many times that we are in the market, but it’s not an easy market for us. Let’s hope we have good news for Gabriel.

“Koscielny is back in training but we might be short for next week. If Gabriel is out, Mertesacker is out and Koscielny is out then that makes many players.”

Wenger doesn’t know how serious Gabriel injury is, but says he is likely to miss game against Liverpool next Sunday

The Gunners are now expected to be without their three senior centre-backs against Liverpool as Per Mertesacker  is out until the New Year with a knee problem.

That potentially leaves Wenegr with just rookie pair Calum Chambers and Rob Holding to face the team who demolished Barcelona 4-0 at Wembley on Saturday.

Arsenal beat Viking 8-0 in the first game of their pre-season Scandinavia tour on Friday.

But they had a far tougher test against Guardiola’s City, who opened the scoring through Sergio Aguero in the first-half.

City led at the break, but Arsenal blitzed them in the second half with goals from Alex Iwobi, Theo Walcott and Chuba Akpom.

Kelechi Iheanacho added a second for City late on, but the Manchester side ran out of time to get an equaliser.

In other Arsenal team news, the club have lined up a proven Premier League goalscorer as their pursuit of Alexander Lacazette has stalled.