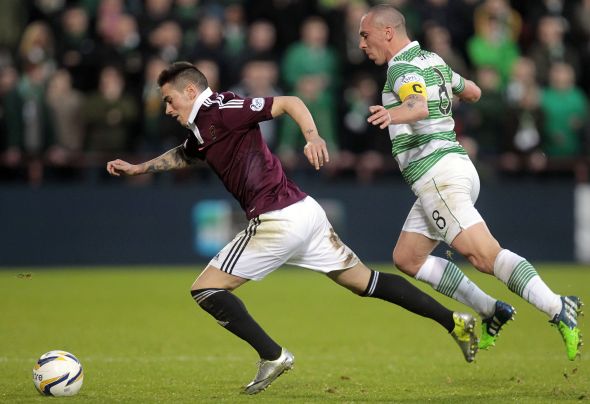 Hearts midfielder Don Cowie has spoken highly of teammate Jamie Walker, who is reportedly the subject of a bid from Scottish giants Rangers.

The Edinburgh News reported on Friday that Hearts had rejected a bid worth £600,000 for the 23-year-old as they are looking for a fee closer to £1million.

The left-winger was a standout star for the club which finished in fifth place in the last campaign and he has just a year remaining on his contract at the capital city club.

Now, Cowie, 34, has told that he was one of the best players in Scotland at times during the last campaign and he believes Walker could certainly go onto even bigger things if he adds consistency to his game.

“For three quarters of last season there weren’t many better than him in the country,” told Cowie, as quoted by the Scottish Sun.

“He was fantastic and it is only right that the club want what a player like that is worth and they have made a firm stance.

“But I don’t see why another season at Hearts can’t get him in the Scotland squad.

“It can only be helped by the fact Christophe Berra is here, an established part of the national side, maybe more people will watch him.

“It is up to him to keep playing well, improving and add consistency to his game.

“What’s important for him is that he does it throughout a season — and if he can do that who knows what could happen for him?”

Last season Walker returned a stunning 15 goals and seven assists from 43 matches in all competitions from his wing position.

He also proved a good squad player as he was played in the right and centre alongside his more natural left position in the last campaign.

Walker will have certainly impressed March appointment Pedro Caixinha, who has also added five players to his squad already this summer and is expected to bring in further signings.

In other Rangers transfer news, Gers fans have expressed their disappointment at Joe Garner’s departure.