The 28-year-old is on the radar of clubs across Europe including the Baggies’ rivals Wolves after shining for lowly Ligue 1 side Angers in the last three seasons.

Agent Paul Tait, who is brokering a January move for Bahoken, has told Football Insider that the forward is available to West Brom on a free loan with an obligation to buy in the summer if they stay up. 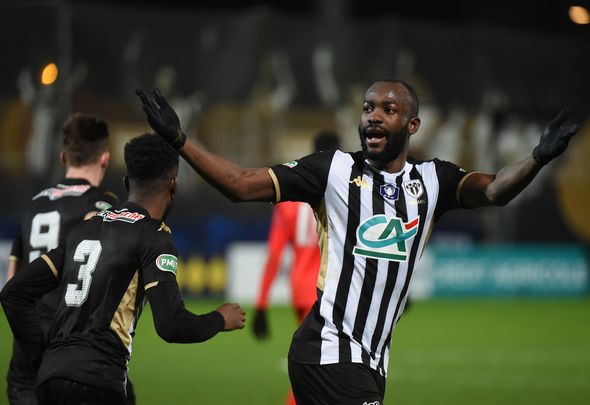 “I have spoken to Sam about Stephane and he admitted he is on their list as they look to bring in a new striker this month,” Tait said.

Bahoken has scored five goals in 17 Ligue 1 matches this season for Angers, who are seventh in the table.

He scored 11 goals for the French club in his debut season and added seven goals last term before the campaign was cut short by the pandemic.

Wolves are also in the market for a new striker this month after losing Raul Jimenez to a serious head injury.

West Brom secured a notable win over their Midlands rivals on Saturday with a 3-2 win at Molineux to give hope they can avoid relegation.

Bahoken is on the radar of Premier League clubs as many top-flight French teams are especially short of cash.

Angers are braced for offers and are willing to explore different formulas to secure a January deal for their front man.

In other news, West Brom have been tipped to swoop for Everton senior star after meeting reveal.