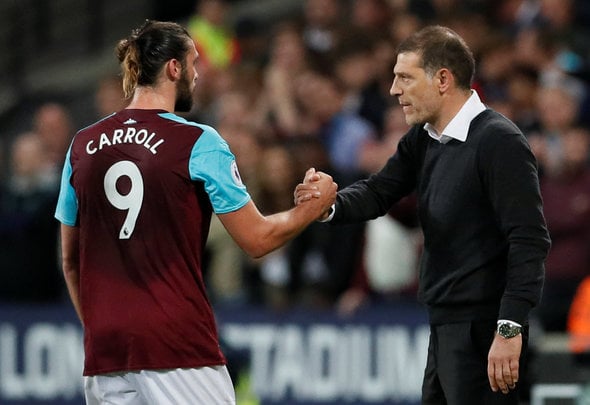 West Ham head into their Premier League clash with Liverpool in the midst of a defensive injury crisis, and Slaven Bilic is therefore expected to bring in youngster Declan Rice as one of three changes to the side that drew 2-2 with Crystal Palace.

Andy Carroll is also expected to start after Bilic singled out the former Liverpool man as the player who could make the difference against the Reds at London Stadium.

The other change should see Winston Reid return to the team, but the New Zealand international may be asked to occupy an unfamiliar right-back role due to the injuries suffered by Michail Antonio and Sam Byram.

Antonio and Byram are joined on the sidelines by Jose Fonte, who was injured during the Palace game, and James Collins, who is on the way back from an ankle injury.

This means that Bilic is expected to ask youngster Rice to deputise in the centre of defence, with Reid playing on the right as the Croatian reverts to four-at-the-back in an attempt to negate Liverpool’s dangerous attack.

Further forward, captain Mark Noble is expected to play alongside Chekhou Kouyate and Manuel Lanzini in midfield, with a three-pronged attack of Andre Ayew, Chicharito, and Andy Carroll ahead of them. In other West Ham news, the Hammers have three names on a shortlist to replace Bilic if they are beaten heavily by Liverpool.