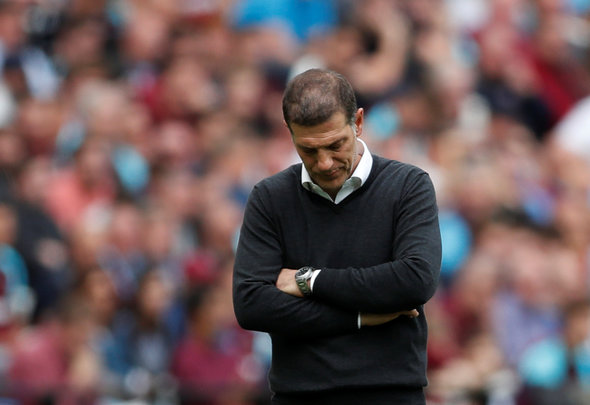 West Ham may be forced to sack manager Slaven Bilic without a replacement lined up if they lose heavily to Liverpool this Saturday, according to a report.

The Sun state that owners David Gold and David Sullivan would much prefer to wait until next summer to replace the Croatian, but a heavy home defeat may force their hand.

Concern is growing around the club that Bilic is no longer fit to lead the Hammers to a respectable Premier League finish, and with some tough fixtures coming up it is not going to get any easier for him.

A run of games before Christmas include matches against Manchester City, Chelsea and Arsenal, and the West Ham hierarchy believe there is a need for points to be put on the board before those fixtures.

West Ham have just one win from their last six games, and despite a rousing comeback win against Spurs in the Carabao Cup their form does not show much sign of improvement.

Defeat against Liverpool this weekend could see the Hammers drop into the bottom three, and if that happens then the board may take the decision to cut their losses on Bilic and look for a new face to take over at the London Stadium.

The report names Watford’s Marco Silva, Bournemouth’s Eddie Howe and Burnley boss Sean Dyche as managers that West Ham would like to replace Bilic if he is sacked.

In other West Ham news, captain Mark Noble has claimed this is what has been missing for the Hammers this season.