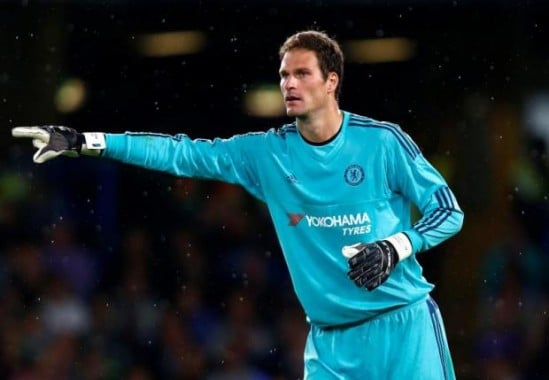 West Ham are weighing up a possible loan move for Chelsea stopper Asmir Begovic, according to a report.

The Mail claim that a temporary move for the former Stoke stopper is high on the radar of Slaven Bilic, as he continues to warm the bench at Stamford Bridge.

According to the report, under-fire boss Bilic has lost faith in Darren Randolph and is looking to replace him with a move for Chelsea’s 29-year-old goalkeeper.

Second-choice goalkeeper Adrian’s London Stadium career is also rumoured to be drawing to a close as he is reportedly interesting Fenerbahce, with his contract set to expire in the summer.

Turkish news outlet Sabah Spor claim that the Europa League outfit are looking to bring in Spaniard Adrian, after he lost his first-team spot to Ireland international Randolph.

Bosnia international Begovic has featured just three times for Antonio Conte’s side, which have all come in the west London outfit’s EFL Cup campaign.

His continued struggle to oust number one Thibaut Courtois means that he is likely to jump ship in the near future, with West Ham his likeliest destination.

With plenty of Premier League pedigree from his time at Stoke City, Begovic is still considered a top goalkeeper and would become the Hammers’ number one if he moved to east London. His shot-stopping ability and impressive distribution would be key to the Hammers fight against relegation, despite pre-season expectations of a European slot. A loan is more likely, as Bilic may look to give both Randolph and Adrian a second chance at the London Stadium. A loan-to-buy deal could be struck, with Conte likely to want to offload his second-choice stopper in the near future. With a spell on the substitute’s bench, Bilic will want a temporary move to see if Begovic is still as good as the form that earned him a move to Stamford Bridge in the first place.

In other West Ham transfer news, the Hammers could be set to target this £14.5m-rated Championship forward.